Adam Warlock Confirmed To Be In Guardians of the Galaxy Game

Since their big-screen debut within the Marvel Cinematic Universe, the Guardians of the Galaxy have continued to entice audiences across all mediums to their strange corner of the Marvel universe. Eidos Montreal and Square Enix haven’t been shy about teasing this for the titular game, whether it’s interactions with the Worldmind of Nova Corps or the muscle-for-hire Blood Brothers. The list appears to be expanding, as the studios have teased one of Marvel’s most important cosmic characters.

Star-Lord, Drax the Destroyer, Gamora, Groot, and Rocket Raccoon traverse the galaxy several years after a massive intergalactic war in Square Enix’s Guardians of the Galaxy. After being hired for a job, the team causes an accident, which quickly escalates into a chain of events that endangers the galaxy’s safety. As the Guardians try to put things right and save the galaxy, they find themselves in the crosshairs of the Church of Universal Truth, the Nova Corps, and others.

While Square Enix and Eidos Montreal have teased several characters and groups for the game, Adam Warlock may be one of the biggest teases yet in the launch trailer. The man thought to be Warlock appears at the end of the trailer, with his trademark glowing eyes, and appears to be hiding. He then inquires about the Church of Universal Truth’s activities, mentioning how it has attracted a “new flock” of followers.

Adam Warlock first appeared in Marvel Comics in Fantastic Four in 1967, but he was only known as Him until 1972 when he was given his full name. Warlock, a creation of Stan Lee and Jack Kirby, is an artificial human who has spent decades traveling the galaxy and weaving in and out of some of Marvel Comics’ most important storylines. 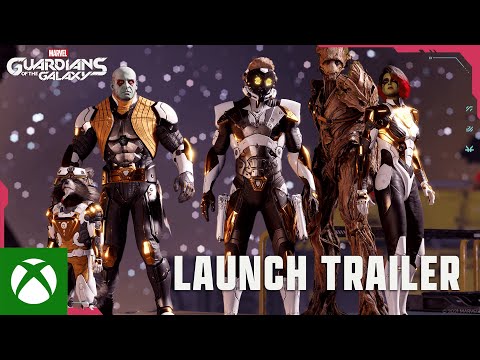 He is best known for his role in 1991’s The Infinity Gauntlet, in which he led the remaining heroes against Thanos and, later, Nebula after the former used the gauntlet to kill half the beings in the galaxy.

The tease is also timely, as Marvel Studios recently confirmed Adam Warlock’s big-screen debut in Guardians of the Galaxy Vol. 3. He was first hinted at in the mid-credit scene of Guardians of the Galaxy Vol. 2. This version was a creation of the Sovereign to exact revenge on the team for stealing from the genetically engineered race. Will Poulter has been cast in the role of the character.

Pokemon Sword and Shield DLC Bundles Are Quite Pricey