Following the recently concluded Full Gear pay-per-view event, All Elite Wrestling president Tony Khan announced to the press that they have plans in the work for two new video games based on his upstart wrestling association.

The AEW began running shows in 2019, airing Dynamite every week on the TNT network along the side of a couple of PPV events throughout the year. They are the first promotion with sufficient funding to take on the supremacy of WWE in the pro wrestling industry since the termination of World Championship Wrestling in the 1990s, and their increasing popularity naturally leads to broadening into the video game industry.

A few wrestlers currently working at their trade-in AEW are famous in the gaming community. Kenny Omega has appeared regularly at eSports and gaming events across the country, usually furthering his rivalry with WWE star and UpUpDownDown host Austin Creed.

During its first year, the company held an event called Fyter Fest in collaboration with CEO, a famous fighting game event held yearly in Orlando, Florida. During the show, Kenny partnered with the Young Bucks for a Street Fighter-themed entrance that perfectly recreated Akuma’s iconic entrance in the game. Omega also appeared as Sans from Undertale on a Halloween-inspired episode of AEW Dynamite.

During a Wrestlezone press conference, Tony Khan revealed more details about the upcoming announcements concerning AEW’s attempt to enter the video game industry this Tuesday. The CEO announced that preparations are underway on at least two separate launches.

One will be in a “best in class” console launch offering wrestling similar to other sports games like WWE 2K. The other will be a game releasing on mobile phones that provides a simulation experience of managing their own wrestling league and put shows together. Khan also promised more games to come after these two initial launches. 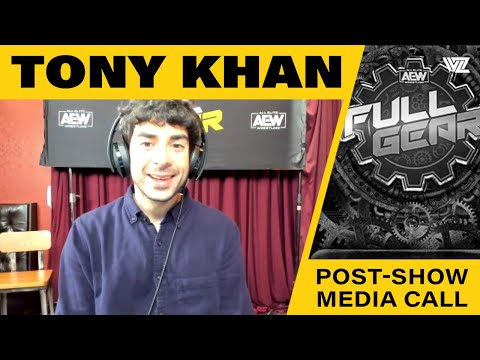 The wrestling video game scene has not been that impressive for quite a few years now. While 2K’s series of WWE games has its fans, the most recent game in the franchise was received badly by the vast majority of gamers that the game skipped a year to try to get things back on track.

This year, the company rather launched WWE 2K Battlegrounds – an arcade-style wrestling game that’s restricted in scope and full of microtransactions. Outside of the company, while there have been attempts at giving an alternative wrestling experience for fans, no games have appeared as solid contenders.

Much like the appearance of AEW Dynamite increased interest in the sport for a particular group of fans on TV, a new game based on the rebellious league could bring fans back to the genre. With former WWE superstars like Chris Jericho, Miro, Cody Rhodes, and others on their roster, All Elite Wrestling has a great opportunity of whirling fans of the N64 generation of wrestling games, and those in charge have largely hinted that they are working with various developers of those titles for this new project.