It’s already been a month since Ubisoft’s Assassin’s Creed Valhalla was released, but players still continue to discover a variety of Easter eggs and other hidden gems as they explore the game’s expansive world. This recently-discovered reference was even confirmed on Twitter by Samantha Webb, one of Assassin’s Creed Valhalla’s writers and narrative designers.

So far, players have come across a wealth of interesting and unexpected Easter eggs, from Winnie the Pooh to even the popular tabletop RPG Dungeons & Dragons. This time around, however, the Easter egg pertains to another renowned video game.

One would expect Ubisoft to self-insert other games from its repertoire, such as Watch Dogs or perhaps previous titles in the Assassin’s Creed franchise. However, this one is a surprising nod to Riot Games’ League of Legends instead. 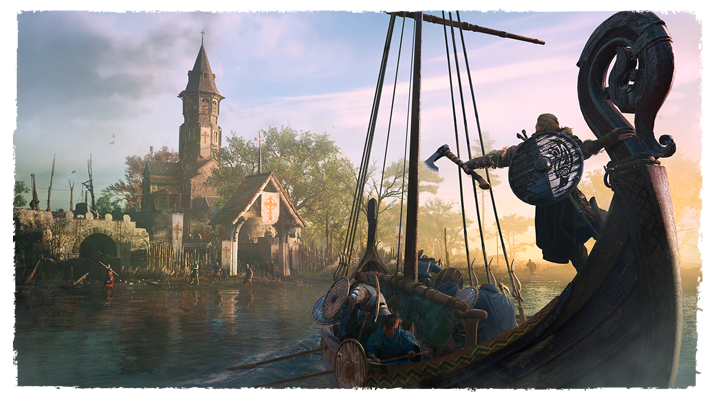 Players can find this Easter egg when talking with Birstan, one of the characters that players will meet in one of the game’s quests. During the conversation, Birstan will inform Eivor, the playable protagonist, about their upcoming boar hunt.

In line with this, Birstan makes a passing appreciative comment about boars, saying that the creature is a “majestic animal.” Eivor responds by saying that they “once knew a strong-armed shield maiden who rode a boar into battle.” This intriguing maiden named her boar Bristle-Bold. Birstan finds this story strange and confirms that they won’t be riding any boars that day.

League of Legends fans who have a soft spot for the more classic Champions will easily recognize that Eivor’s story is a quick reference to Sejuani, a Champion who is known for riding a boar named Bristle into battle.

When Twitter user @notquitefrodo shared a clip of their discovery, Samantha Webb, who played a part in Assassin’s Creed Valhalla’s development, happily responded with a confirmation that Eivor’s offhand remark was indeed a League of Legends reference.

It’s such a tiny detail that it wouldn’t be surprising if it went overlooked, especially by those who aren’t familiar with League of Legends and consequently Sejuani. In any case, this is simply one of the many Easter eggs found in Assassin’s Creed Valhalla that adds to the game’s humor.

That being said, hidden secrets and references aren’t the only things holding Assassin’s Creed Valhalla together. There are countless aspects of the game that has led to numerous positive reviews, even keeping up the positive responses after almost a month of being released.

However, we’re not discrediting these hidden gems at all. While they can be sometimes jarring and have a tendency to break the immersion, we appreciate these lighthearted moments because it gives us a minute of reprieve from the brutal drama taking place in-game.

Asides from that fact though, it’s nice to see Ubisoft referencing a game by a top competitor in such a wholesome and endearing way, especially since companies would usually reference other studios in a sarcastic or boastful manner.

At this point, we can’t imagine that more Easter eggs will be discovered but we wouldn’t be surprised at the same time if there were. We’re definitely excited to see if any more video game references will pop out in Assassin’s Creed Valhalla as time goes on.

Far Cry 6 Will Have A Cockfighting Mini Game