Based on rumors, the special anniversary season of CODM will be filled with a lot of huge events. Reports are also suggesting that the Halloween event is making a comeback. In addition, November will also see the launch of Call of Duty: Black Ops Cold War.

The release of the new installation to the main Call of Duty franchise will also have its effects on CODM as well. For instance, Frank Woods – a character from Black Ops Cold War – will be released on the mobile game as an epic character. 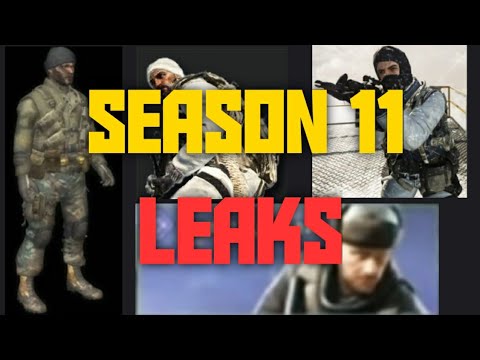 As the Halloween event returns, rumors also suggest that other subsidiary events will make a comeback. Zombies mode was taken out of CODM after Season 4 because the developers noticed that players were not playing the mode which made it a failure upon release.

With Black Ops currently being developed by Treyarch and zombies making a return to Call of Duty, players might encounter these brain eaters during CODM’s eleventh season.

There will also be new perks to be introduced next season such as:

A new weapon called 48 Dredge LMG has been discovered by data miners and is confirmed to come to the game at a later date. The M249 LMG is also rumored to make its way to CODM soon.

A YouTube video uploaded a few hours ago also revealed a few new characters will be coming to the game as confirmed on data mined files. A few of these characters are related to Black Ops Cold War which will be released on the same timeframe as CODM Season 11. These characters are:

The current season’s battle pass still has 25 days left. This means players can expect the anniversary season to kick off in early October.