Cities: Skylines is without a doubt one of the greatest city-building games in recent memory. Cities: Skylines is an independent game developed by Collasal Order that lets users design their own city and govern everything from bus routes to laws, all while using gorgeous, realistic visuals.

However, as wonderful as the game is, a few elements make it a little difficult to play. When your city expands in population, some of the finer features of city management become more challenging, and you’ll see things like corpses piling up and long lines of traffic.

Thankfully, Cities: Skylines has a built-in method for installing game mods, and a plethora of talented individuals have made modifications that address some of the game’s issues, make things easier, or make Cities: Skylines more enjoyable overall.

This is the article for you if you haven’t messed around with modifications yet or aren’t sure which mods are required for Cities: Skylines.

Providing power to your city is a necessary step toward development and is frequently a core part of your infrastructure. The most popular way to distribute power is to utilize unattractive power wires, at least initially. The Electric Roadways mod eliminates the need for electricity poles by turning the roads into conductors. It’s a fantastic quality of life mod that maintains your city looking gorgeous while also keeping it fuelled.

Buildings that have been abandoned and burned destroyed are one of the most aggravating things. The game needs you to bulldoze these structures, and if you don’t, the residents in the surrounding area will protest, the land value will drop, other nearby buildings will become abandoned, and so on.

Who has time for all of that when you’re also attempting to zone a new district and ensure that all of your districts have enough electricity?

Thankfully, the Automatic Bulldoze mod does exactly what it says on the tin: it bulldozes all abandoned and burnt structures. Thank God; now you can concentrate on the important things, like legalizing drug usage in your hipster neighborhood. 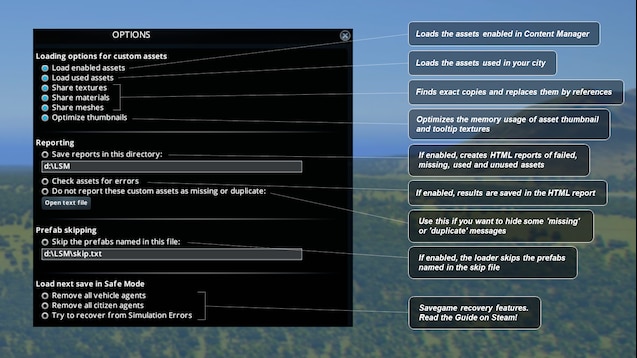 The Loading Screen Mod is near-essential in terms of quality of life changes. Most importantly, it drastically reduces download times. Installing many modifications might slow down the game’s speed. However, using the Loading Screen Mod allows you to install objects in your city automatically.

Many users have experienced load times far quicker than the famously sluggish load times of the main game, making this mod an excellent addition to your arsenal. 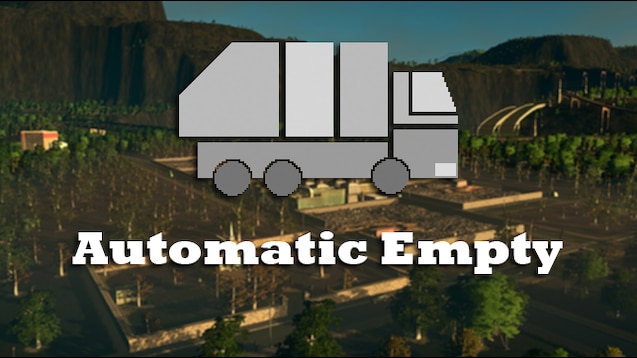 Automatic Emptying is a mod that does exactly what its name implies: it automatically empties graves and waste facilities as they become full. It was created by the same person that created Automatic Bulldoze.

The fact that you have to physically clear graves and landfills as they fill up is, in my opinion, a bit too much micromanagement, especially when there are so many other fun/more essential things to do while playing the game.

Fortunately for us, this mod takes care of managing your landfills for you—make sure you have enough space for your waste to go into. 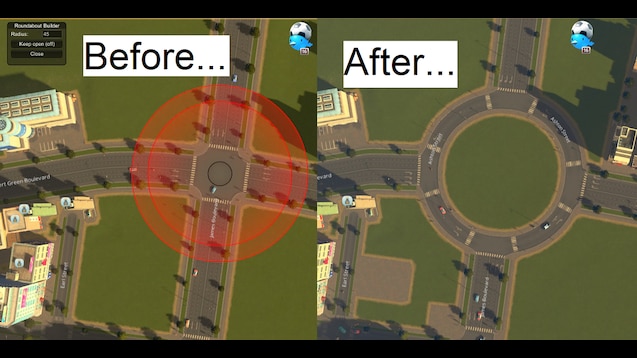 One of the most difficult aspects of Cities: Skyline is traffic control. Using one-way streets and freeway connections to maintain a steady flow is virtually a puzzle game in and of itself. Roundabouts are an excellent method to relieve traffic congestion, and the Roundabout Builder mod makes creating them a snap. All of your traffic-related concerns will vanish with a single touch of CTRL+O.

It’s amazing to create your city and see everything from a bird’s eye view, but zooming in and seeing a street perspective is incomparably better.

The First-Person Camera hack allows you to do exactly that; you may zoom into and examine objects from a close-up viewpoint by selecting a car or even a person.

We enjoyed building cities and then zooming into a random cim and watching life through their eyes; following them to work in their car, watching them walk down the streets we’ve built and into the shops we’ve placed (there’s no view inside buildings, of course), watching them enter the parks we’ve added, and so on. 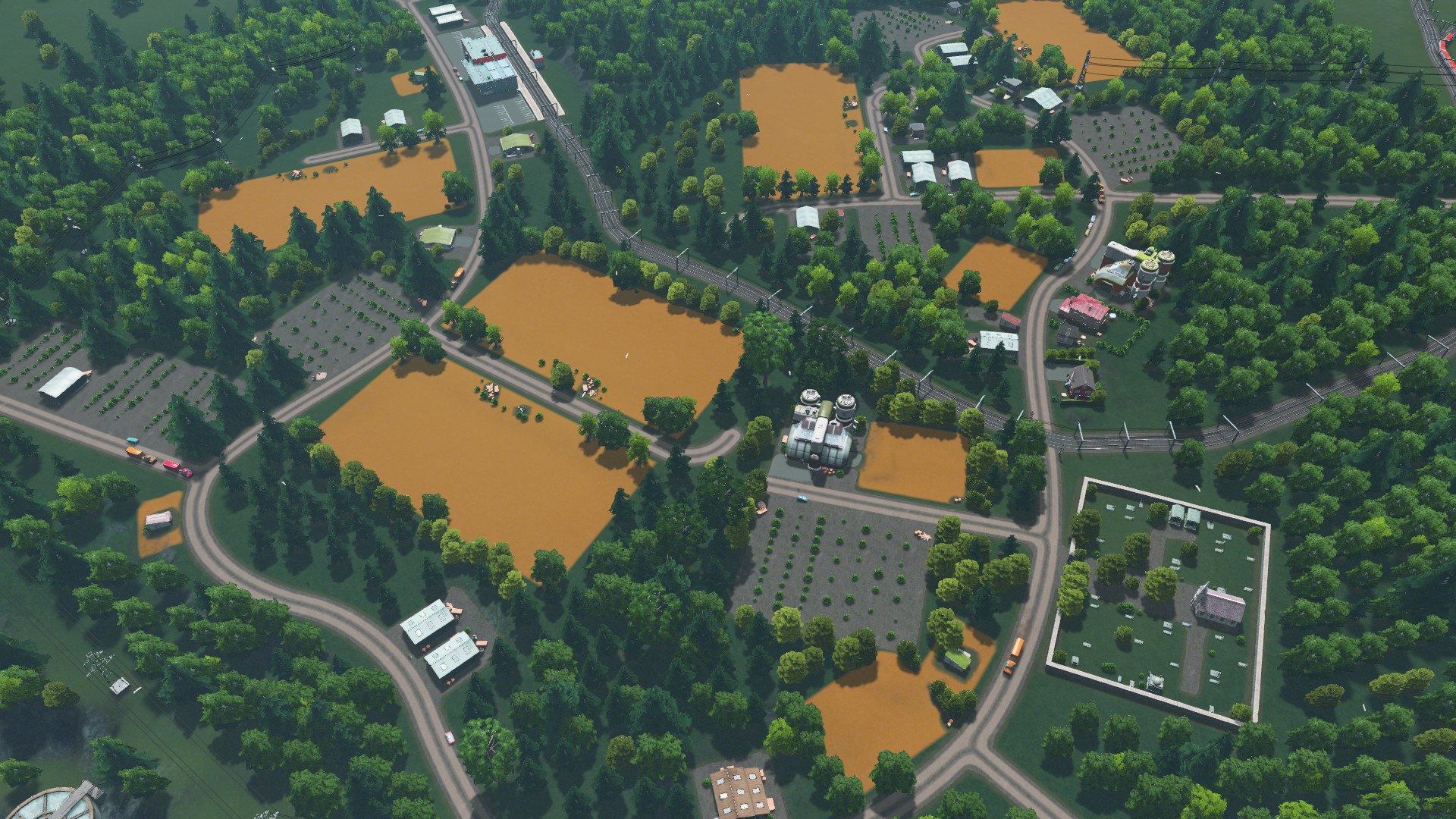 If the agricultural fields in Cities: Skylines aren’t enough for you, check out the Agricultural Field Collection mod collection. There are five distinct fields to select from, each offering your city a charming country vibe. They don’t need to be maintained, and they don’t attract tourists — they’re visual eye candy designed to add some color to otherwise monotonous cities.

You’ll probably have hundreds, if not thousands, of assets, contributed to your game once you truly get into Cities: Skylines and the Steam Workshop. When you’re ready to place them in the game, it might be a great pain to search them all down, which is where the Find It! mod comes in helpful.

This useful mod adds a custom menu/search bar to your game, allowing you to search for assets (both pre-installed and custom), roads, props, and anything else you can put down in the game.

It also offers several unique features, such as the ability to unlock everything (without going back to the main menu of the game). When you’re just starting on a map and want to lay down a road that’s locked until later, you may use Find It! to unlock everything, lay down the roads, and then lock it all back up so you don’t feel like you’re cheating. This mod is quite useful and is one of my favorites!

Experienced Cities: Skylines mayors have faced this scenario before: you’ve reached a population of 50k, and then you’re hit with a “death wave”: tens of thousands of cims start dying, your population begins to decline rapidly, and before you know it, you’re back down to 30k, with buildings abandoned and demolished, and no quick way to recover.

When residential is zoned, this mod rebalances things such that cims of all ages groups move in. It also adjusts the way of travel for your cims based on their income and age, allowing citizens to arrive with varying degrees of knowledge (rather than the majority starting ignorant), and improves the general balance of your citizens’ life/death cycles in the game.

For any long-term gamers of the game, this mod is a must-have!

If you want to go beyond the 25 tiles that the main game gives you, this 81 Tiles mod is for you. You’ll be able to access 81 map tiles, allowing you to start building in any direction. Keep in mind that this is a massive space to cover, but you’re bound to get some amazing results with such a large canvas.

New Battle Royale Game Will Be Set in the Vampire: The Masquerade World