One of the most considerable additions is the new Fireteam map for Call of Duty Black Ops Cold War in the form of Sanatorium. Photos of the Call of Duty Black Ops Cold War Sanatorium map have been roaming around the internet, providing fans a good image of what to anticipate when the map is released later this week. It will feature sea, air, and land vehicles for players to use, which will make the Fireteam battles even more utterly confusing than usual.

Weekly Briefings are back.

As far as standard Call of Duty Black Ops Cold War multiplayer goes, players can expect a new game mode called Dropkick. The new game mode features a 6v6 battle where the goal is to safe keep a briefcase containing nuclear codes to rack up points. How fans react to this new game mode remains to be seen, but Call of Duty fans will find out if it’s enjoyable when it also goes live on January 14.

For Call of Duty Black Ops Cold War Zombies, fans can expect a new fast-paced version of the game mode. Zombies Cranked makes it so players consistently have to get kills since every elimination resets a timer that, if it reaches zero, the player will explode. The features of this new zombies mode is very identical to the Cranked multiplayer mode that has been showcased in the previous Call of Duty games, so it will be exciting to see how well this works when facing zombies. 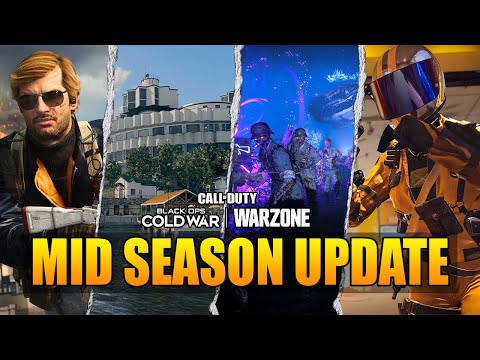 Players who are on a PlayStation will have some exclusive zombies content to anticipate with the Call of Duty Black Ops Cold War Season One mid-season update. The Zombies Onslaught will be a PlayStation exclusive mode that will feature the fan-favorite Black Ops 2 Raid map.

Activision has hinted that there will be even more content arriving to the game for season 1, so players should have a lot to look forward to in the coming weeks. A new Zombies map is also confirmed for the second season, but additional details on this new map have not yet been announced as of writing.