There are only a few days left before Cyberpunk 2077 is finally released globally. At this point, it’s hard to believe that the highly-awaited title is finally getting launched after more or less eight years of waiting for many gamers in the community.

To ensure that the hype train keeps going, developer CD Projekt Red has released Cyberpunk 2077’s launch trailer ahead of its official release date, compressing what the game has to offer in an action-packed 2-minute video.

From the start, Cyberpunk 2077 was already touted to be an expansive game, but players who finally get their hands on a copy may come to realize that Night City is bigger than they have initially thought — and this launch trailer does a great job at conveying that. 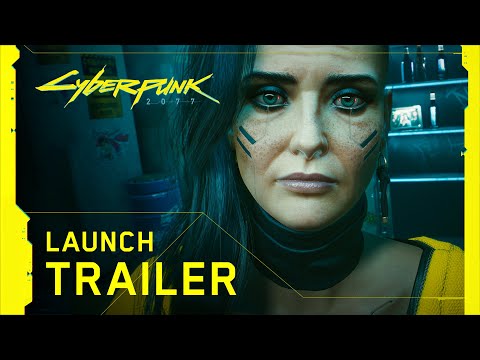 The launch trailer mostly highlights the playable protagonist, V, and the ways they can interact with the world as well as the characters. From the numerous trailers released before down to this newest one, it clearly shows that CD Projekt Red has painstakingly put in a lot of time and effort to seamlessly integrate V into the world of Cyberpunk 2077. As such, we’re definitely looking forward to seeing how V interacts with the various characters they meet.

Over the past few months, CD Projekt Red has released so many videos and trailers to promote the upcoming action-RPG, but this one especially stands out for being comparatively atmospheric and emotional.

The past Cyberpunk 2077 promotional materials were usually chaotic and intense — somewhat similar to the way Rage 2 was advertised last year. This newest trailer, on the other hand, feels more immersive and follows a more narrative structure, which makes it even more compelling and exciting.

CD Projekt Red hasn’t shied away from revealing the general gist of Cyberpunk 2077’s narrative, even revealing what role Keanu Reeves’ Johnny Silverhand plays in the overarching storyline. But when it comes to the specifics, however, we’re not exactly sure what kind of story the game wants to convey to its players.

Thanks to the launch trailer though, players are now aware that Cyberpunk 2077’s narrative is deeper than they initially anticipated. In other words, the game isn’t as simple as some give it credit for.

With that being said, we’re definitely excited to see how well Cyberpunk 2077 will play and if it’s as good as it’s touted to be, especially since the title has been hyped and promoted for such a long time.

While some reviewers and other fans who were able to get their hands on a copy early complained that the game had some game-breaking bugs, these will most likely get fixed as soon as the Day One patch goes live.

In line with this, Philipp Weber, Cyberpunk 2077’s senior quest designer and coordinator, surprisingly defended these negative reviews by saying that instead of focusing on scores, it’s best to read and understand the words written by the reviewer instead to see just how each individual has interesting perspectives.

Fortunately, Cyberpunk 2077 will be released very soon, and players will be able to formulate their own opinions on the game when they get to experience it for themselves.