When it comes to media and entertainment, there’s always something for everyone out there. For video games and anime lovers, in particular, developer CyberConnect2 is working on bringing a popular anime and manga series into the world of gaming.

It was previously revealed that the studio behind the creation of Dragon Ball Z: Kakarot and the Naruto Shippuden: Ultimate Ninja Storm series is currently developing a Demon Slayer video game. Its full title will be Demon Slayer: Kimetsu No Yaiba – Hinokami Keppuutan. While the upcoming title doesn’t have a release date or window just yet, it appears that gameplay footage of its Versus mode has been leaked online for excited fans’ perusal.

Looking at the video, the mode definitely looks action-packed, and seems to play similarly to the Ultimate Ninja Storm series. This isn’t really surprising, though, seeing as they’re both developed by the same studio. 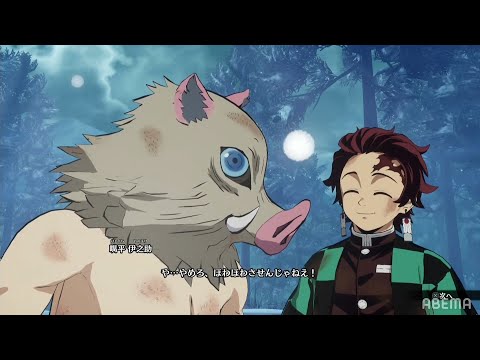 The Demon Slayer anime, otherwise known as Kimetsu no Yaiba, initially aired back in 2019. Since then, though, the series became incredibly popular within the anime community. As a matter of fact, the series is so prominent that it led to the creation and subsequent release of Demon Slayer the Movie: Mugen Train, which actually became Japan’s highest-grossing film.

Given how successful the series was (and is), it didn’t come as a surprise when video games based on the anime were announced one after the other. For mobile gamers, Demon Slayer: Blood-Stench Blade Royale is currently in the works. However, it seems that this title is currently going through developmental struggles, seeing as it was supposed to launch last year but didn’t.

Now, the other Demon Slayer video game in the pipeline is being developed by CyberConnect2. According to previously revealed details, Demon Slayer: Kimetsu No Yaiba – Hinokami Keppuutan will have a single-player mode as well as a Versus mode. For the latter, players will be able to choose a fighter from the different characters from the anime series. The chosen characters will then fight against each other, each vying to be the winner.

One of the distinctive features of the Demon Slayer anime is its incredible action sequences, which are composed of hand-drawn animation techniques as well as digital effects. The outcome of these two, when mixed together successfully, is magnificent—and this is best exemplified in Demon Slayer.

That being said, this kind of style works well into video games as well, as can be seen in the recently leaked gameplay footage. It’s safe to say that developer CyberConnect2 is working hard to ensure that Hinokami Keppuutan and its combat will look visually impressive.

Even though the leaked footage is only in Japanese, we don’t need a translation to see the various characters fight it out in a snowy forest. Anime fans may find this particular location familiar, as it’s the same forest from the beginning of the anime.

From what we can glean from the video, it seems that the only characters that are available to play at this point in the game’s development are Giyu Tomioka, Zenitsu Agatsuma, Inosuke Hashibira, and the siblings, Tanjiro and Nezuko Kamado.

The video game will also feature ultimate moves, which is exciting. So far, Demon Slayer: Kimetsu No Yaiba – Hinokami Keppuutan is looking great, and we hope that it will be as successful as its anime and manga counterparts.

League of Legends: How to Acquire Samira’s Emote