Everything Fans Need To Know About The Jump Force Open Beta

Bandai Namco has announced an open beta version of Jump Force, which was first unveiled in October 2018. Unlike the previous test edition, all players will play the game without needing to log in or download any special codes.

The open beta will take place in four sessions, the first of which will begin on January 18 and the last on January 20. The below is the exact schedule:

Note that the beta is only available on PlayStation 4 and Xbox One, meaning PC players will have to wait before the full game is announced since Bandai Namco is unlikely to release a preview until the full game is released.

Bandai Namco announced the open beta on their official Twitter account. We went through the comments section of their tweet to find some fascinating bits of news and knowledge exchanged in the form of answers to a variety of questions posed by some die-hard fans of the game.

To begin, we’re happy to announce that neither PlayStation Plus nor Xbox Live Gold will be needed for the open beta, ensuring that all fans who have been waiting for a long time to check out this game, which can easily be described as one of the biggest anime crossover games of all time, will be able to do so for free.

In response to a question about the announcement of new characters, Bandai Namco mentioned that the release is already planned. There is still a lot to reveal, implying that several more characters will be joining the roster in the near future. 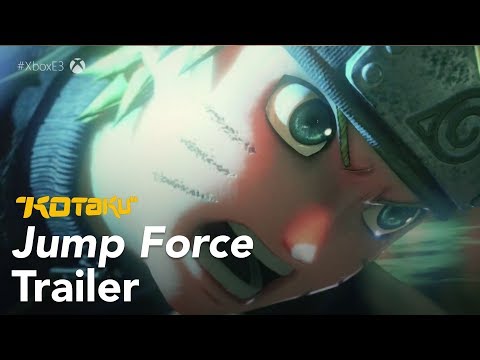 They also announced that the game would feature more Naruto characters. This decision makes sense to us as one of the cover stars of Jump Force, since having only Naruto and Sasuke in the game does not do the anime justice. Personally, we’d like to see Madara or Itachi included, or, as Bandai Namco has announced that they want to bring more female heroes to the roster, Sakura so that the legendary Team 7 can be included in the game.

In terms of character collection and steps, the open beta would be somewhat similar to the closed beta. Bandai Namco has announced that, as the previous test version, this one will use custom character presets, but players who want to build a character that’s exactly right for them will have to wait for the complete game.

To participate in the beta, players only need to download a client from their respective online stores and jump right in. There are no pre-orders or sign-ups required. Bandai Namco has confirmed that the open beta client could be released as a fix for the closed beta, but whatever the case may be, all you have to do now is go to your PlayStation or Xbox Store and download the app, and you’ll be good to go.

We won’t know the exact number of characters or their names until the full game is out because, as Bandai Namco put it, “they’re holding some guys for the full game to avoid spoiling all the fun.” As a result, the guessing game will continue until February 15th. That is undeniable.

Adam Warlock Confirmed To Be In Guardians of the Galaxy Game