Home Cryptocurrency Facts You Need To Know About Crypto

Let us return to basics and explore some aspects of cryptography in layman’s terms. So, what exactly is cryptocurrency? Cryptocurrency is a sort of currency that takes the form of a digital file. The transaction validation mechanism utilized gives it the term “crypto.”

On the public blockchain ledger, each transaction is cryptographically safeguarded (more info on that momentarily). If you’re curious about how a digital file may be worth anything, see our article on other unusual currencies that were even more “innovative” than cryptocurrencies throughout history.

You may use cryptocurrency to buy goods and services, as well as invest in them. Bitcoin, in particular, has become well-known for the high financial returns it has generated. It was also the first cryptocurrency to be invented and successfully released. It was created in 2008 by the enigmatic Satoshi Nakamoto, as detailed in their Bitcoin whitepaper.

But, aside from Bitcoin, there are other cryptocurrencies. And crypto is about so much more than simply transaction security. Here are the top ten things you should know about cryptocurrency.

What Is the Purpose of Cryptocurrency?

Cryptocurrency was created by a group of people known as cypherpunks who were opposed to government-controlled currency. To overcome this issue, cryptocurrency is decentralized and unaffiliated with any authority.

The goal of bitcoin is to return power to the people. The principle behind decentralization is that no single entity has complete authority over anything. That implies cryptocurrency is a currency that can’t be manipulated or controlled by a government or institution since it’s owned, controlled, and confirmed by every individual and miner on the network.

How Does Crypto Work?

All cryptocurrency is recorded on the blockchain, a public database designed to imitate a physical ledger where transactions are recorded. While the blockchain is open to the public, your name is not associated with any transactions recorded on it. That is part of the allure of cryptocurrency: It provides greater privacy than traditional cash while being transparent owing to its public nature.

While the transactions are recorded on the blockchain, each member of the network has a bitcoin wallet. This is where you save your bitcoin. Because bitcoin is not real, the wallet essentially informs the ledger that you hold “x” quantity of that cryptocurrency.

The blockchain is a network of nodes that validate changes to the public ledger (transactions). The ledger is kept up to current and safe by solving complicated mathematical equations, and the machines that solve those problems are rewarded with Bitcoin. There are two approaches to resolving these issues: Proof of Work and Proof of Investment.

Individuals make the decision to join the network and mine for cryptocurrency. Their processing power is then applied to solving problems and keeping the ledger up to current and correct. This is the point at which standard Bitcoin mining fails.

Whereas Proof of Work requires individuals to determine whether or not to mine, this variant is dependent on the bitcoin you hold. The same procedure is performed, except individuals who “stake,” their coin instead of miners are rewarded.

By doing so, you become a node and contribute to the ledger’s verification and updating. This alternative uses far less energy and is far better for the environment. One example of a cryptocurrency that employs the proof of stake methodology is Ethereum 2.0.

Why Is Crypto So Famous?

Cryptocurrency has grown in popularity in recent years. The high profits and disruptive technology that bitcoin offers are two main elements that contribute to its growth.

Bitcoin’s value quadrupled in 2020 alone, while several other cryptocurrencies climbed even faster. Cryptocurrency is an incredibly volatile asset that may swing very high and very rapidly. As a result, it has produced thousands of millionaires, as well as a few billionaires. There are about 75,000 Bitcoin wallets valued at more than $1,000,000. And other people have earned billions by capitalizing on the emerging crypto business. 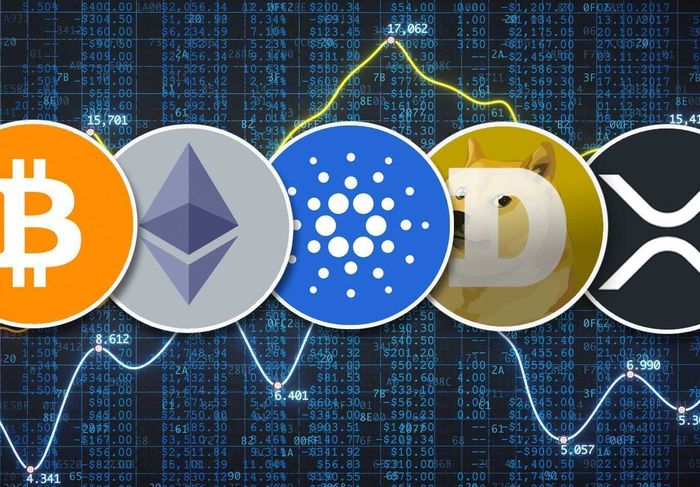 The blockchain technology on which bitcoin is constructed is a major changer across the board, particularly in the financial industry. Decentralization is paving the door for whole new methods to provide products and services.

Many decentralized apps have already been created on Ethereum, posing a challenge to the necessity for traditional institutions. When a technology that challenges the traditional way of doing things is created, it creates a ripe place for creativity and attention.

You’ve probably heard of Bitcoin, the most widely traded cryptocurrency. Ethereum, Litecoin, Cardano, Polkadot, and Bitcoin Cash, which emerged from a Bitcoin split, are among the other cryptocurrencies creating a name for themselves.

The overall bitcoin market capitalization momentarily surpassed $2 trillion. The top six cryptocurrencies account for half of that sum. There are already over 4,000 cryptocurrencies, with more being generated on a monthly basis. Bitcoin was the sole option just a few years ago.

Can I Purchase Cryptocurrency Using Cash?

You may purchase cryptocurrencies with both digital and real money. Buying with actual cash is, in fact, one of our specialties. Convert your excess cash into Bitcoin at one of our Bitcoin ATMs and watch it grow!

What Exactly Is Cryptocurrency Mining?

Consider crypto mining to be similar to gold mine but without the physical effort. Instead, crypto miners use their computers to validate transactions in exchange for a reward in crypto tokens. The transactions they verify are what maintain the public ledger accurate and truthful. To keep supply stable, the incentive for solving these challenges in Bitcoin is half every several years.

There are several phrases that every crypto fan should be familiar with. Here are some of the key terms to understand:

HODL (Hold On for Dear Life)

This basically implies that you should hang on to your bitcoin regardless of what happens in the markets. If it increases sharply or falls sharply, you hodl when you refuse to sell.

A token that possesses an inherent property cannot be swapped for another token. This is a significant simplification, as there is much more to them.

The future of cryptocurrencies appears to be bright. It has witnessed a significant increase in acceptance over the last year, as well as a lot of media coverage. As inflationary pressures mount, more investors are turning to Bitcoin as a hedge.

Crypto is becoming more popular among younger people. Coinbase was listed on the New York Stock Exchange. Bitcoin ATMs are becoming increasingly popular. When you combine this with the fact that more investment institutions are enabling their consumers to participate, it is evident that the cryptocurrency sector is only getting started.

Should I Put Money Into Cryptocurrency?

At the end of the day, only you can answer this question. Cryptocurrencies are incredibly volatile, and there is still guesswork involved. As with any investment, conduct your research beforehand. In addition, consider the degree of danger you are willing to accept. Don’t put money into investments that you can’t afford to lose.