Wearing armor is important for survival in Fallout 4, and there are several armor options available in the game. A helmet is one of the most important components of a decent suit of armor; it does not have the greatest boost of all the components, but it is vital to have one.

Of course, this isn’t a hard and fast rule; if you choose one piece of headwear to the other for cosmetic reasons, go ahead and carry it. However, if you want the best helmet possible, here is a list of the top 10 Fallout 4 helmets!

The Mascot head is one of the most difficult to come by in Fallout 4. If you’re good enough to have it, keep it because you can only have it once in the game. This is due to the fact that Bosco wears it. He respawns after wearing this headgear for a while, then reappears without the Mascot head.

It covers the top of the head but not the whole face. On one side of the Mascot mask, there is a hole that exposes the face. The headwear is in the form of a teddy bear and can be found at a Diamond City college. It has a five-point rating, but it lacks physical resistance.

This item is reasonably easy to come by and has sufficient resistance at the beginning of the game. It’s a perfect helmet, to begin with, with 2 physical resistance and 5 energy resistance. It’s available in a variety of retailers and is often worn by Minutemen.

This helmet can be found in Nuka-backstage, Town’s Nuka-World. This is the helmet worn by Nuka-Pack World’s raiders. It’s one of the most imaginative animal-themed hats I’ve ever seen. It is only open to players who have the Nuka-World add-on for Fallout 4. The deer pack helmet is more appealing, but there are some fantastic deer pack helmets as well. The pack elephant hat, the pack jaguar helmet, the pack moose helmet, and the pack buffalo helmet are among them.

This helmet has a great look to it and offers 3 physical resistance and 5 energy resistance. It’s not easy to come by, since you’ll need to be a member of the Brotherhood of Steel to come across a scribe who wears it. To be clear, the mask does not cover the whole face.

This is one of the better headgears you’ll come across early on in the session. Typically combined with a salvaged green cloth with tape patches. This headgear goes well with a variety of armor pieces, including the leather coat and traveling leather coat.

As previously said, this is an early game defensive head kit, and as such, it is not intended to battle heavy opponents in battle. This headgear can be used to shield players from radiation and ballistic threats. Harm resistance is 1 and radiation resistance is 15 bonus points. Unfortunately, this headgear is not resistant to energy.

It’s one of Fallout 4’s best headgear, and it comes in three different variations. Color distinguishes the models, but they all have essentially the same physical and energy resistance. When wearing, the Yellow, Brown, and Red flight helmets fully protect the ears. It differs from most helmets in that it covers just the top half of the head, leaving the face bare. The one helmet that does not have a distinct hue is the Flight helmet, although the others all have distinct colors. 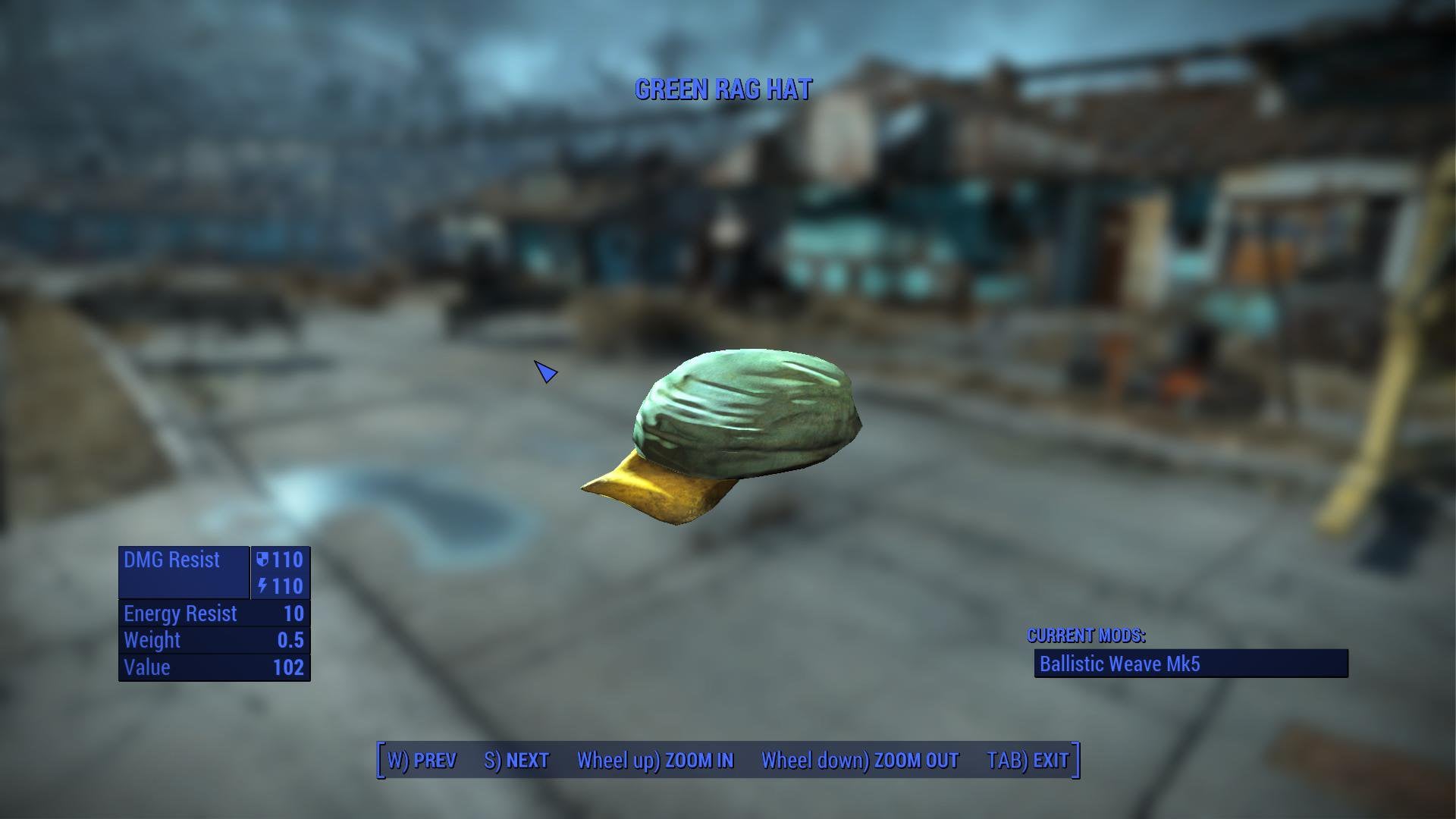 Surprisingly, this hat can be upgraded to have extraordinarily high resistances, but doing so necessitates the completion of certain tasks. Functional resistance is 0 on the foundation rag, but energy resistance is 10. It can be purchased in supermarkets, but the quickest way to get one is to watch for a settler wearing one.

This hat may have been the safest headgear in Fallout 4. It does, however, lack energy resistance. That is why it is at the top of our chart. Furthermore, it is not upgradeable on an armor workbench. Despite this, it has a high ballistic safety rating of 10.

This helmet can be found on the corpses of soldiers or raiders who were wearing it when they died. It provides extra agility and strength stat bonuses to players who wear the army fatigue. It’s a great helmet to have, particularly at the beginning of the game.

This intriguing helmet is very unusual, but it’s stunning in appearance and offers decent protection. It has no physical resistances but a good 10 energy resistance, much like the Rag Hat. It can only be discovered using one of two methods: a Brotherhood of Steel scribe or the wreckage of a specific airship.

With 9 physical resistance and 4 energy resistance, this helmet offers adequate protection against both types of impact. It’s a great improvement, but it’s not normally noticed for around 10 steps after the Army Helmet. Gunners and Raiders would most likely wear this, identical to the Army Helmet.

The energy and damage tolerance of the Synth helmet is among the best in the game. It decreases damage taken by 9 and has a tolerance of 11 to damage from energy missiles. It envelops the whole head as well as a portion of the chest.

A visor covers the eyes, shielding them from obstacles and artificial light. The visor, on the other hand, is somewhat disadvantageous in that it prevents the player from getting a good vision during gameplay. This helmet is worn by synth leaders and synths all over the Commonwealth. It can be purchased by destroying Synths or buying it from the Commonwealth Institute’s shop.

This helmet has the same resistance as a standard Synth Helmet, but it does have a few exclusive features. Unlike the conventional Synth cap, which leaves portions of the face uncovered, the Synth Field has a mask that protects the whole face.

It also enables armor workbench modifications. In addition, unlike its variant, the standard Synth, this helmet is difficult to procure. Throughout the Commonwealth, a few Synths wear it. To obtain it, players must first locate and destroy Synths wearing the headgear.

The Combat Armor Helmet is the most effective in the game, with Brotherhood of Steel variants available. This is part of the Combat Armor collection, which can be seen on Gunners and Raiders at low levels. As you advance through the game, you’ll come across more of these sets. It’s the best helmet in the game, with a fine combination of 10 resistances for both physical and energy injury!