New Characters Will Be Added to Fire Emblem Heroes This Week

What links these new characters together is the fact that they’re all ninjas, although Lyn comes as a duo. Just like all the previous Fire Emblem Heroes events, this new banner will come with a paralogue that will introduce the special characters to the players.

Based on the trailer that showcases the four heroes, each of them are fairly powerful characters with good abilities worth having. As such, it’s definitely recommended that you find a way to get your hands on these special characters. 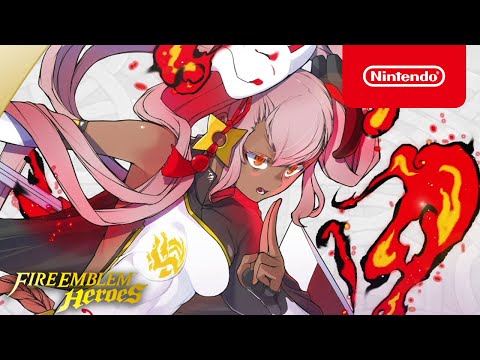 Laevatein is a hero that has a fairly decent defence system, and her skills include Miracle, Distant Ward, Vantage, and Atk/Def Rein. Even though she has a melee range, Laevatein is still capable of fighting opponents at a safe distance. In addition to that, she has a weapon that ensures she always attacks twice even when she didn’t attack first.

Next up we have Navarre, who is a character from the very first Fire Emblem game entitled Shadow Dragon and the Blade of Light. His skills include Moonbow, Flashing Blade, and Lull Spd/Def, which means that he focuses more on speed and attack. If he’s fighting an enemy who is slower than him, his weapon increases his capabilities, turning him into a force to be reckoned with.

Zihark, on the other hand, is more of a unique blend of damage and support. More specifically, his skills called Chill Spd and Spd/Def Gap allow him to either debuff his enemies or buff his allies, respectively. His Astra ability is pretty powerful as well, as it grants Zihark a 150% boost on the damage he deals.

In addition to that, he has a weapon that boosts his speed while, at the same time, decreases his enemies’ defenses. Last but not least, the Lyn duo is, more than anything, all about aggresively defeating foes.

All of her skills, namely Moonbow, Swift Sparrow, Chill Atk/Def, and Spd/Def Rein, combine together to create a playstyle wherein you shoot first and think of the consequences later. Plus, since she’s a duo unit, Lyn gets to act twice in one turn.

In other news, the latest Feh Channel also showcased Hana from Fire Emblem Fates, who is a character that will be joining your team if you get to accumulate sufficient points during the Tempest Trial+: Ninja Novices event. This event will begin on November 6, 2020 at 11:00 pm PT.

There’s also another upcoming event called Pawns of Loki, which will feature a completely different playstyle where the arena is a magic game board. Players will be able to participate in this event starting November 11, 2020 at 11:00 pm PT through November 17, 2020 at 6:59 pm PT.