The revival of the G4 has been one of the most exciting and heartwarming developments in gaming over the last year. A major question about the revival has been when it would actually premiere, but a new video from G4 appears to provide an answer.

G4’s peak popularity was in the mid-2000s, before the rise of YouTube and social media when the network aired a variety of video game-related content. It wasn’t just a place to watch upcoming game gameplay; shows like X-Play were the precursor to modern gaming content, with the hosts discussing industry trends, conducting interviews, and a variety of other activities.

Meanwhile, Attack of the Show broadened the scope of its coverage beyond video games to include film and other forms of digital media. G4’s revival has attracted popular YouTube personalities such as Gina Darling, Jirard “The Completionist” Khalil, and others.

G4 has released a new video confirming the revival’s official premiere date. The video is centered on the premise of “a year of mindblowing gaming products,” such as the Xbox Series X fridge, the Kentucky Fried Chicken KFConsole, and a slew of people attempting to make a quick buck by selling fake PS5s.

This eventually leads to the announcement of the G4’s release date, which will be on November 16, 2021, as the “one big announcement gamers have been asking for.” G4 concludes the video with a witty disclaimer stating that the “network launch date is final,” confirming its announcement and possibly addressing the elephant in the room: the G4 revival timeline.

Aside from the references to some of the year’s more entertaining gaming headlines, the video is also very straightforward about G4 and how it has handled its revival. Just before the launch date is revealed, the video’s narrator admits that gamers have been clamoring for G4’s return because “G4 has been stringing them along for freakin-ever.” 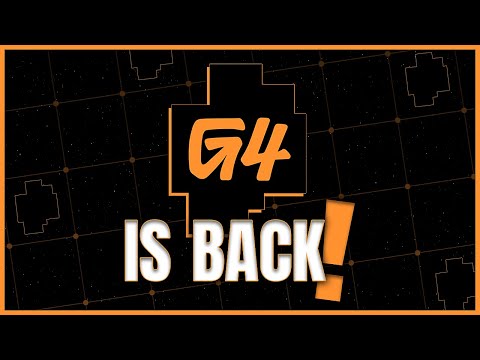 Teasers for G4’s return began in July 2020, when the Attack of the Show! and X-Play social media accounts were reactivated. Since then, new information has trickled in here and there, but the return has a firm date with today’s video.

The tragic closure of G4 in 2014 marked the end of an era in gaming, for better or worse. G4’s content was critical at a time when the internet was still not widely available, and only a few people were truly succeeding in the realm of content creation.

People were turning to YouTube and other news sites for gaming information on their phones and PCs by the time it died, effectively eliminating the need for G4 (at least on TV anyway). With a rebirth as a digital-first network, G4 has the potential to reclaim its former glory and perhaps usher in a new era of gaming content.