Genshin Impact has just dropped a brand-new story trailer, and this time around, it’s all about the Guardian Adepti, which is the origin of the mysterious Yakshas. Thanks to this new story trailer, fans now have a better understanding of a certain five-star character and how their backstory fits into the world of Genshin Impact.

Many gamers all over the world using various platforms enjoy this open-world title by Chinese developer miHoYo, and it’s not just because it’s free-to-play—one of the reasons why it appeals to many is because of one vital gameplay mechanic, and that’s collecting a variety of playable characters. It basically implements a gacha system, which is something most commonly utilized in mobile games.

Each character is ranked by different star ratings, and as you can imagine, the five-star characters are the ones coveted the most. And in the next few weeks, miHoYo will be introducing a brand-new one. The upcoming five-star character, Xiao, who is one of the Yaksha guardians, is heading to Genshin Impact very soon.

As such, the developer released this new trailer to prepare fans and give them a little insight on the character’s background. 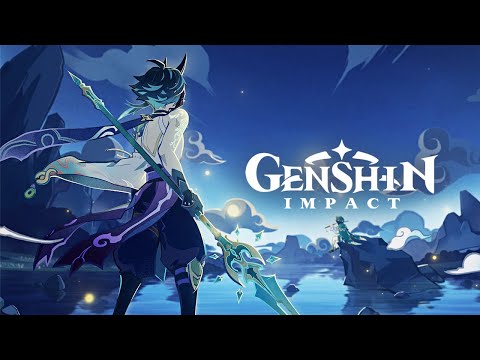 The trailer begins with a retelling of Liyue’s bleak past. With the nation being full of demons and slain gods, it was in a state of disarray. In an effort to remedy the ongoing catastrophe, the Geo Archon Rex Lapis (otherwise known as Morax) summoned the Guardian Yakshas. These guardians had one mission alone, and that was to never stop fighting and exterminating the demons.

However, the butchery would impact them mentally in the end. With their mental states broken and in shambles, the Guardian Yakshas either succumbed to the darkness or fought one another. Because of this, most of the Yakshas passed away, leaving only two left.

Now, there’s only one Yaksha left who still wanders throughout the mortal realm. According to the story trailer, the memory of this particular Yaksha continues to live on “in the glow from Guyun and in the sound of the Dihua flute.” With that, the trailer concludes with a shot of Xiao, which suggests that he’s the remaining Yaksha roaming the world.

One crucial part of action-RPGs like Genshin Impact is world lore, as it allows players to get really immersed in the game’s story and world. Genshin Impact has thoroughly changed and improved since its global launch last year, and miHoYo doesn’t plan on stopping this kind of progress anytime soon.

With each new character that gets introduced in-game, miHoYo also releases a story trailer to go along with them to get fans hyped. Even if you’re content with your current party and have no plans on switching it up any time soon, story trailers like Xiao’s are still great for lore purposes. The trailer’s visuals and art add a nice touch to the whole experience as well.

That being said, some fans may not even get to add Xiao to their party no matter how excited they may be for his release. After all, Genshin Impact is and will probably always be a gacha game above all else, and players would have to fork over real-world cash if they can’t summon him at the first try.