Have an Action-Packed December With John Wick Hex

According to developer Bithell Games and publisher Good Shepherd Entertainment, the action-strategy game John Wick Hex is finally making its way to other gaming platforms. The title was initially released exclusively on the Epic Games Store last October 2019 and then launched on the PlayStation 4 in May of this year.

Now, John Wick Hex is set to release on Steam, Xbox One, and Nintendo Switch on December 4. This means that more people will finally be able to experience this game and all it has to offer.

John Wick Hex is all about fast-paced gameplay, and you get to control John Wick who is played by Keanu Reeves in the movies. Fans of the films will definitely enjoy this game, as it was developed alongside the movie’s creative team.

The game is definitely eye-catching with its bright neon color palette as well as its interesting cel-shaded art style. Just like the John Wick films, John Wick Hex will feature intense “gun-fu” action that viewers know and love so much. 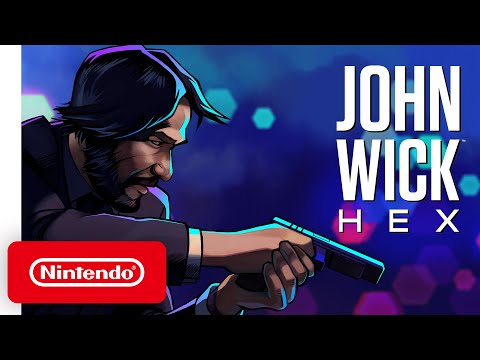 That being said, John Wick Hex will have its own original story that supposedly takes place before the first movie. In this game, John is on a quest to save Winston and Charon from a powerful enemy.

Ian McShane and Lance Ricck will be reprising their roles in this title, while Troy Baker will be playing as “Hex,” the new villain. John Wick Hex also has its very own original score, which was composed by Austin Wintory.

Strategizing is a crucial part of John Wick Hex; you can’t just enter the fray with no plan of action whatsoever. As mentioned, the game is very fast-paced, so you have to move quickly, be vigilant, and make decisions as swiftly as possible.

That being said, you have to tread carefully when making decisions because choices have consequences. If you’re not paying enough attention, you could be leading John Wick to even more trouble as you progress through the game.

Playing the game also means you get to unlock even more content as you make progress. For instance, John can unlock brand-new suits, weapons, as well as locations in-game. Even John’s choice of weapon will affect the way he fights and how he reacts in the middle of battle.

One thing you have to take note of while playing John Wick Hex is that ammo is limited. As such, every bit of ammo is precious and you shouldn’t waste it because you might run out just when you need it the most.

As such, you have to time your reloads correctly if you want to save ammo. Again, having some kind of strategy is vital to ensure that you get through the level safely.

Once it gets released next month on the aforementioned platforms, John Wick Hex will cost $19.99 on the platforms’ respective storefronts. For now, you can go ahead and add the game to your wishlists.

The great news is that John Wick Hex doesn’t have any DLCs on the Epic Games Store, which means that you don’t need to download or purchase any additional content if you want the game’s full experience.