The point and click adventure series as a whole has always been well-received by fans, so it’s no surprise that this newest entry received the same reception as well. Because of this positive result, developer CrazyBunch and publisher Assemble Entertainment will be bringing Larry Laffer to consoles.

More specifically, Leisure Suit Larry – Wet Dreams Dry Twice is set to release in Spring 2021 for Xbox One, PlayStation 4, and Nintendo Switch. Despite its stylized look and vibrant, attractive colors, the Leisure Suit Larry series is definitely not for kids.

You see, Larry Laffer has one quest and that is to have sex with all kinds of attractive women that he encounters in the random situations he finds himself in. The previous games were like this, and this latest entry is no exception. 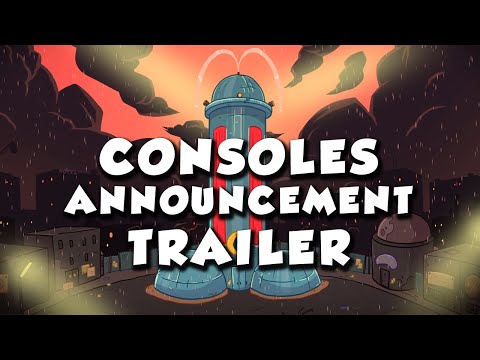 These games are supposed to be comedic more than anything, as Larry constantly tries and fails at wooing women. Other elements in the game that make it so comical are the results of Larry’s failed attempts.

More often than not, he ends up in situations where nobody would want to be in, such as getting robbed, abducted by aliens, and even finding himself involved somehow in criminal activities.

As you go through the game playing as Larry, you will stumble across all kinds of puzzles that need solving. Critical thinking is needed in order to play Leisure Suit Larry games, as one mistake could lead to the character’s death or other outcomes that result in a game over.

Leisure Suit Larry – Wet Dreams Dry Twice picks up where the last game ended. Larry is about to commit himself to a beautiful lady from Cancun through marriage, but this doesn’t push through because Larry finds out that his lost love, Faith Less, is apparently alive.

Unsurprisingly, Larry drops everything – even the wedding – to try and find her, and your journey as Larry Laffer begins here. Some of the more recent games in this series turned into mini-game-driven adventures, and many fans didn’t like this.

Fortunately, Wet Dreams Dry Twice is reminiscent of the classic point and click gameplay of the older games, where Larry can interact with almost anything in his immediate surroundings.

It’s safe to say that this newest entry is great for new players, as it implements two game mechanics that are truly useful, namely a to-do list and a blueprint app. The to-do list can be found on Larry’s smartphone, and it helps you remember what you’re doing and what your goals are.

As for the blueprint app, it helps you manage the more complex crafts that require multiple items from your inventory. That being said, this doesn’t mean that the game holds your hand throughout the game.

Interested players who haven’t had the chance to try out the PC version of Leisure Suit Larry – Wet Dreams Dry Twice will be able to experience the game on their consoles soon.