In the state of Perak, Malaysian officials apprehended a 28-year-old man suspected of running illicit mining operations in the Manjung District.

Police identified 30 mining stations that were using electricity stolen from the grid. According to the Perak police commander, they are still looking into who is behind the mining activities and how long they have been going on.

The stolen electricity was valued at RM 2 million ($478,000). The chief also went into greater detail about the equipment discovered at the 30 mining sites.

Some 1,720 bitcoin mining equipment, 15 monitors, 22 CPUs, 16 keyboards, 56 modems, a Toyota truck, 44 fans, seven closed-circuit TV cameras, and a laptop were among the equipment seized. The culprit is being jailed on counts of theft and malicious mischief. 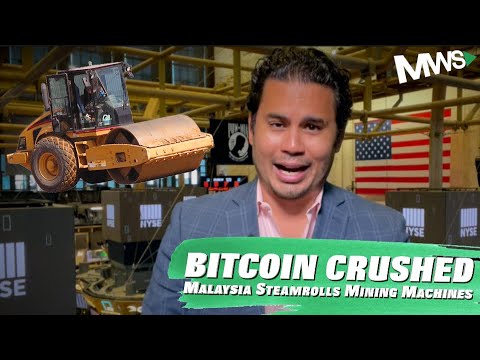 Crypto mining is not illegal in Malaysia, but stealing power is punishable by hefty penalties. Interfering with power lines is punishable by a fine of up to $23,700 and a five-year prison sentence under Section 37 of Malaysia’s Electricity Supply Act.

The operation involved stealing electricity worth $102,239, as per Tenaga Nasional Berhad, a Malaysian power utility. A similar crackdown on mining happened in July 2021 on the island of Borneo, whose northern sections are governed by Malaysia and Brunei.

After three homes burned down because of $2 million in electricity theft, 1,069 mining rigs were physically destroyed by a steamroller in a collaborative effort between Miri law enforcement and Sarawak Energy.

Top companies tie up with bitcoin!

The perks of investments in bitcoin

Can I See Who My Subscribers Are on YouTube?

PС games to play with friends

NFT Games: How Do You Make Money?

Tips for Moving in With Your Girlfriend: Living Together

Tricks to Win Big at the Casino Online