Martha is Dead is a first-person psychological thriller that takes place in war-stricken Tuscany some time in 1944. After finding out about the death of her twin sister, a young woman is left to deal with her loss, as she investigates the mystery of her sister’s death.

The upcoming game is shrouded in mystery and intrigue, and excited fans will be happy to know that a brand-new trailer has been dropped. Showcasing the game’s use of the Unreal Engine 4, the new reveal trailer mainly focuses on the protagonist reminiscing her childhood.

According to the trailer, the heroine had a pretty peaceful childhood where she enjoyed her days with her nanny. Shortly after, the tone of the trailer changes as the viewer’s focus is redirected to a mysterious, foreboding lake.

We assume that this is the very same lake where Martha’s body was discovered, washed up on the lake’s shore with no clues whatsoever that could lead them to answers. This is where the story begins, as the remaining sister tries to find not only answers but closure as well. 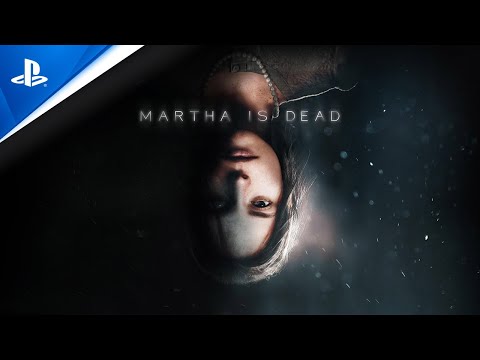 However, it’s safe to say that finding out what happened to Martha won’t be an easy task for the surviving twin. Alongside her fragile state is the similarly fragile state of Tuscany, as it experiences the hopelessness brought about by World War 2.

The inclusion of historical context in a murder-mystery that involves supernatural and “mysterious folklore” is definitely interesting, for lack of a better word. In Martha is Dead, you will be accompanying the heroine on her journey to find out what happened to her sister.

There’s definitely something strange about her death and it’s up to you to figure it out. Immerse yourself in this thrilling and atmospheric title, which contains themes of loss, war, and family.

Without a doubt, Martha is Dead has a lot of potential to become an incredible game, and we can’t wait for it to be released in 2021. It’s also expected to release on next-gen consoles, which should add a whole other level to its immersion.

Sadly, there’s not a lot of information about Martha is Dead’s gameplay. However, based on what we can see from the released trailers, it’s most likely going to be a game that heavily focuses on its narrative.

If our assumptions are correct, then this upcoming title should contain amazing graphics that amp up its storytelling. These two side by side are definitely a winning combination for those who enjoy this kind of genre.

There’s a bunch of intriguing games that are set to release next year, but Martha is Dead is definitely one of the more unique ones. Hopefully, developer LKA and publisher Wired Productions will release more footage featuring its gameplay to give fans a better idea of what to expect once it’s officially released.

We can’t wait for LKA to take us on an emotional and psychological rollercoaster ride. With grief, fright, sadness, and hope beautifully blended together into one horror game, Martha is Dead shows a lot of promise.