Monster Hunter Rise will offer players with a wide array of weapons to choose from, ranging from the average Sword and Shield, gun-like weapons such as the Light Bowguns, and massive swords like the Greatsword. As a matter of fact, there are 14 different weapon types in the game.

From January 8 through February 1, a Monster Hunter Rise demo was available for interested fans to download and play. In this limited-time demo, players were given the ability to choose among the 14 different weapon types as they set about on a monster hunting quest with their pals.

However, it appears that out of all the different weapons, there was one that was significantly more popular than the rest. More specifically, Monster Hunter Rise’s Longsword was the most used weapon during the several weeks that the demo was available. In fact, 19.1% of players chose the Longsword over all the other options available. 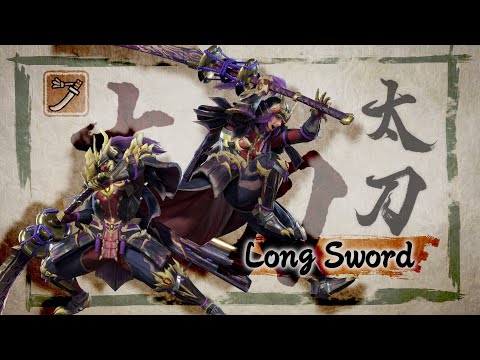 That being said, this whopping discovery doesn’t really come as a surprise. After all, the Longsword has been in the Monster Hunter franchise since the release of Monster Hunter 2 back in 2006, so it’s a fairly familiar weapon type for many long-time fans. Many players prefer this blade because it’s long and narrow. This means that for a melee weapon, the Longsword allows them to deal incredible damage at a fairly decent distance.

Not only that, but it gives players even better mobility compared to other heavier weapons like the Hammer or the Greatsword. Given the fact that Monster Hunter Rise offers a variety of 14 weapons, one would expect that each weapon type’s usage would at least be around 7%—that is, if things were more balanced, which these statistics definitely aren’t.

The Longsword’s usage is a long distance away from the other weapons, sitting at 19.1%, with the Greatsword coming at second place. This weapon type is yet another familiar and iconic choice, seeing as it has been an available weapon since the very first Monster Hunter title. Yet, only about 9.7% of players chose to bring the Greatsword with them during a quest.

Last but not least, the third popular weapon of choice during the demo is the Hunting Horn, which is most often misunderstood by many. Following the Greatsword, the Hunting Horn was used by 9.6% of players as they embarked on their journey—a statistic that many long-time Monster Hunter fans may be surprised by.

Even though it’s an incredibly useful weapon to have during battle, it’s not exactly common to find a hunter using a Hunting Horn in an online lobby. The main reason for this is probably because the Hunting Horn is a support weapon more than anything. It’s not a fairly easy weapon to use as well, as it requires a certain level of skill to juggle between buffing up allies and dealing damage to the monster.

As to why the Longsword was significantly the most popular, Capcom admits that it’s a very cool-looking weapon to have. What more could you possibly want if you have a weapon that deals heavy damage, is easy to use, and is stylish to look at?