Nintendo has finally provided more information about the highly anticipated Super Mario 3D World + Bowser’s Fury for the Nintendo Switch. In the recent video that the company released, it explains why Bowser is so furious to begin with.

Apparently, the fan-favorite villain has been contaminated with some kind of “mysterious black goop,” which transformed him into an enormous and angry beast. Mario, alongside his unlikely ally Bowser Jr., have to work together and traverse the different islands within Lake Lapcat.

Mario needs to utilize the powers provided by the “Cat Shines” in order to help conquer this extra ferocious villain. On the other hand, Bowser Jr. simply wants to get rid of this awful curse that has caused his dad to go on a rampage. That being said, players need to keep a close eye on the “Fury Sun,” which is something that the weather can influence. 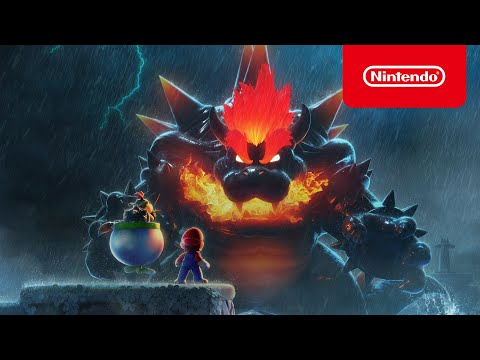 When this event takes place, Bowser will be able to summon meteors to fall from the sky, so that’s probably a good time for Mario and company to get going. Super Mario 3D World + Bowser’s Fury, from what we can tell so far, will be introducing a lot of new features and gameplay mechanics far different from that of previous titles—although the title is undeniably a mouthful.

If the player gets to collect all the Cat Shines via Mario, the beloved character will be able to activate some kind of superpower called the “Giga Bell.” As the name implies, this ability turns Mario into Giga Cat Mario, which then allows him to battle the giant Bowser head-on.

If players are able to defeat Bowser while Mario is in this Giga state, Bowser will be knocked back and more islands will be unlocked as a result. Of course, it follows the usual good vs. evil theme that most of the mainline Mario games have.

Also, a recent announcement revealed something that Nintendo Switch players will surely be happy about. Namely, Nintendo Switch users who are planning to get Super Mario 3D World + Bowser’s Fury don’t have to worry about the game taking up a lot of storage space.

While the Nintendo Switch version of the game will have a bigger file size than the Wii U version, players will only need to ensure that their device has at least 2.9GB of space to accommodate the game. If compared to how much space Super Mario Odyssey took up, then Super Mario 3D World + Bowser’s Fury definitely has a smaller file size.

The main game was initially released on the Wii U back in 2013, while Super Mario 3D World + Bowser’s Fury was announced during the Super Mario 35th Anniversary Direct broadcast last year in September. This time around, the upcoming title will only be exclusively for the Nintendo Switch.

In other news, new Amiibo figures will be available for both Cat Mario and Cat Peach, which are expected to release simultaneously. It’s also worth mentioning that even though Bowser’s Fury is a part of Super Mario 3D World, it’s not a game that needs to be unlocked first in order to be played. In other words, fans can go ahead and dive right in without having played the main game first.