While many in the video game community are holding their breaths for the upcoming release of the Xbox Series X and the PlayStation 5 this week, the Genshin Impact community is also looking forward to something exciting.

This week on November 11, miHoYo has big plans and that is to release the highly-anticipated 1.1. update. This new patch for the free-to-play RPG will bring with it all kinds of new features, along with four new characters.

To further whet the fans’ appetite, miHoYo has released a brand-new character demo trailer introducing Diona, one of the new characters that will be added to the game. The video tells you all about Diona’s background, as well as gives a few details about what can be expected of her if or when she gets added to your team.

Diona will be utilizing the Cryo element, and one noteworthy thing about her character is that she will be the first bow user to use this element. 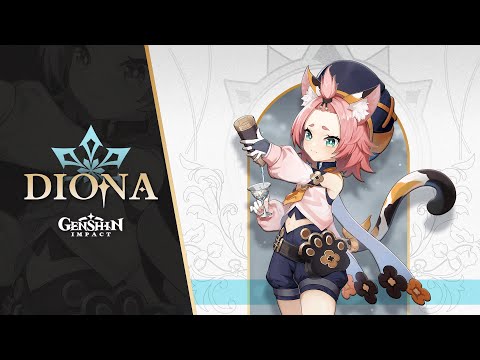 She’s a bartender at a Mondstadt bar called The Cat’s Tail, and she’s fond of informing players that both her ears and tail are not props. As a matter of fact, these unique features of hers indicate that she has Kätzlein heritage.

As expected, given her background in mixology, she has abilities that appear to be largely inspired by bartending. For instance, one of Diona’s abilities has her throwing an icy mixer that will deal a huge amount of Cryo damage.

That being said, Diona is only one character out of the four that will be coming to Genshin Impact thanks to the upcoming 1.1 update. Asides from Diona, who is only a 4-star character, two 5-star characters named Zhongli and Childe will be introduced as well.

They may be familiar to dedicated Genshin Impact fans, as both of these characters played vital roles during the Liyue story arc. At the moment, fans speculate that Childe will be the first character to be included in the upcoming special banner event.

These theories are believed to have stemmed from a series of leaked images that were posted on the Genshin Impact Reddit. However, we have yet to see an official announcement or confirmation from developer miHoYo.

Asides from new characters, Genshin Impact’s 1.1 update will introduce new features as well as a couple of quality of life adjustments. The action roleplaying game will be implementing a new reputation system, which you have to unlock first.

After doing so, you will be able to make use of a variety of enhancements in-game, like the ability to utilize new gadgets such as a portable teleport waypoint. Although, you have to keep in mind that you will be rewarded with different things the more you increase your reputation level.

To increase your standing, you will need to participate in weekly quests and bounties. With this constant addition of new features and a steady stream of new characters, we wouldn’t be surprised if miHoYo’s Genshin Impact will remain a beloved game by various players for many years to come.

Do this trick to defeat Doctor Doom in ‘Fortnite’ Season 4 and get mythical...