BitCraft will be Clockwork Labs’ first attempt into the genre. Clockwork Labs is headquartered in San Francisco, California. BitCraft is a sandbox game with a massively multiplayer component. At this time, there is no exact release date for the game.

The introduction trailer for BitCraft features intriguing dark humanoid creatures interacting with a wild environment. These characters may be seen conversing with one another, fishing, felling trees, and developing their village.

The BitCraft video features a variety of landscapes, including a vast desert, a sometimes violent ocean, as well as vast woods and mountains. The universe of this MMORPG appears to be extremely big, although the exact size is unknown at this time. The game title emerges when the figure stares at an enormous beacon at the end of the trailer.

In its introduction trailer, BitCraft is described as “a new sort of MMORPG,” promising to transport players to a randomly created sandbox universe. While there are a lot of fantastic MMORPGs out there right now, Clockwork Labs’ announcement promises to be a fascinating choice.

There will be a sophisticated skill system in place, as well as a general focus on crafting, economics, cultivation, and city-building. The creators have also suggested a freeform character growth system, allowing players to perfect their abilities without being locked into a specific career. 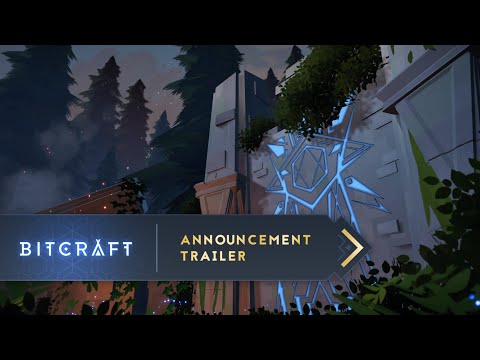 BitCraft, like other game announcement videos, appears to be a massive endeavor. Clockwork Labs is seeking to revolutionize the MMORPG genre, similar to another studio’s recent launch of Into the Echo. BitCraft gives players the opportunity to influence the environment around them both individually and collectively. At least part of the game’s emphasis is on players cooperating to create cities and even civilizations.

BitCraft, on the other hand, is still in its infancy. Because the pre-alpha has yet to be confirmed, gamers should proceed with care when it comes to the claims. There’s a lot of promise in titles like this, but nothing can be said for sure until further information is released. And there’s a reason why the MMORPG genre has so many hugely popular games. As a result, striking a balance between eliminating old gameplay mechanisms and maintaining good fundamental components will undoubtedly be difficult.

Everything you need to know about ‘Fortnite’ Chapter 2, Season 4

Cris Tales To Be Pushed Back Until 2021