Physical events were hosted in over a dozen major cities across Europe, the United States, and New Zealand, allowing participants in those areas to forego virtual tickets. Those that participated in Pokémon GO Fest 2021 digitally were allowed to purchase digital tickets for the event, which were lowered to merely $5 from $15 in 2020. 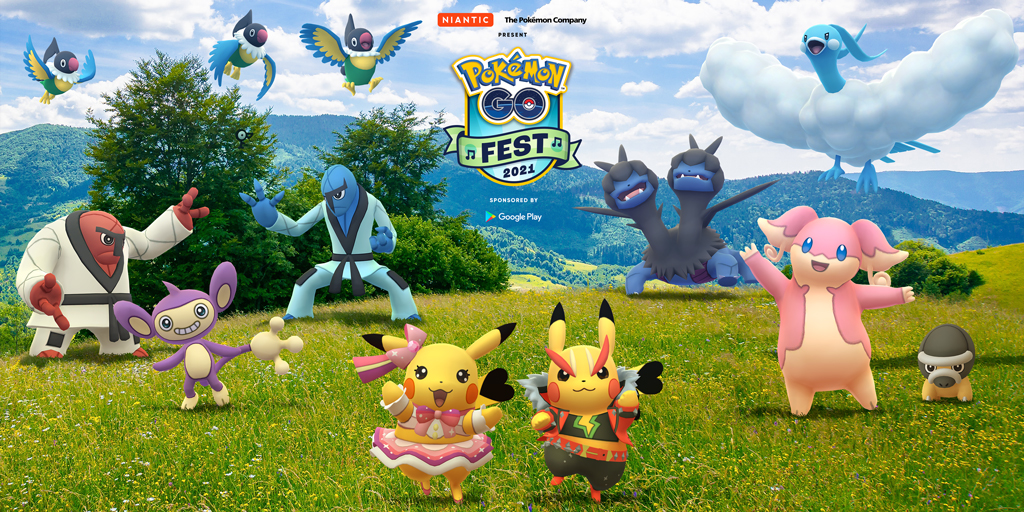 The theme for this year’s event was a music festival, with many of the events and elements focusing on music. New shiny Pokémon varieties and a Mythical Pokémon appearance were among the highlights of Pokémon GO Fest 2021, allowing users to acquire uncommon and unusual creatures for their collections.

The Niantic Pokémon GO Team has announced a lot of remarkable milestones that users achieved at Pokémon GO Fest 2021. During the two-day event, the game’s user base captured a total of over 1.5 billion Pokémon, according to data. Other notable achievements include pinning more than 900 million PokéStops, completing more than 23 million raids, and traveling more than 125 million kilometers. The article also provides a recap of the celebration’s activities as well as a thank you to all of the players that took part in Pokémon GO Fest 2021.

Niantic is already planning the game’s next event, despite the fact that Pokémon GO Fest 2021 has just finished. The start of Pokémon GO Air Adventures, an international event that allows users to catch uncommon Pokémon varieties only accessible in specific areas, was supposed to debut on July 22.

Thank you, Trainers, for making #PokemonGOFest2021 so special! We were delighted to see how you all enjoyed the event, whether at home, at a local park, or even at one of our city celebrations! Here’s a look back at some highlights from the weekend. https://t.co/18MlXE1Ihb pic.twitter.com/8zBPsMmTOi

This tie-in was supposed to be part of The Pokémon Company’s wider air travel effort, however, Niantic just revealed that Pokémon GO’s Air Adventures event had been postponed until August 22. The cause of the event’s postponement is unknown, however many speculate that an increase of COVID-19 cases caused the brief suspension.

Pokémon GO has built and maintained a dedicated user community of digital Pokémon trainers over the last five years. The game emphasizes outdoor exploration and monster hunting, which appears to be a winning mix. It’s little surprise that Pokémon GO Fest 2021 resulted in the acquisition of over 1.5 billion Pokémon, with millions of gamers tuning in to celebrate the game’s birthday.

Genshin Impact Out Now! Here’s Everything You Need To Know