PlayStation Announces Days of Play 2021 Event Along With Special Rewards

The PlayStation Player Celebration, a three-week experience that requires the group to participate in events in order to win unique rewards, is the main theme of this year’s community celebration.

PlayStation gamers, whether on PS4 or PS5, can participate in these group events simply by playing games. Per week consists of a single-stage, the first of which begins on May 18th, and the group must work together to complete the stage by hitting specific deadlines. 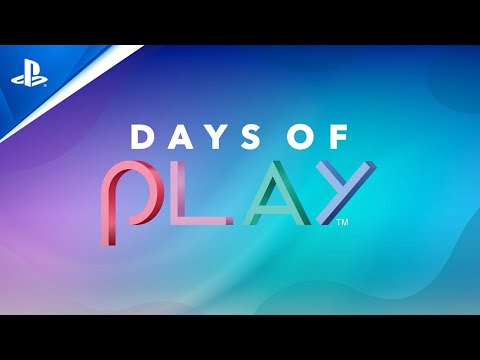 They must, for example, complete a set of PS4/PS5 games (each game must be completed for at least an hour to count) to win a set of trophies (each player can only contribute a maximum of six).

Stage One, for example, includes 2.4 million games played and 7.2 million trophies won between May 18th and May 24th. Any participating player will obtain an exclusive PS4 dynamic theme and PSN avatar if the goal is reached on time.

Each stage also has a bonus objective that, if met, will result in extra prizes such as additional avatars. Furthermore, if all of the goals are met (excluding the bonus goals), anyone who participated each week will get a new PS4 theme and PSN avatar.

One important point is that PlayStation Plus is not needed to join or receive prizes, so no one has to think about losing out. On the other hand, playing games with mates earn players double points, so getting PS Plus is a plus.

The only drawback is that PS5 owners will not get any special theme prizes. Custom themes are still unavailable on the PS5, and there are no plans to include them in the near future. PS5 users will not be allowed to demand the PS4 themes since they are only available for the PS4.

It’s at least comforting to know that everyone, regardless of console, will participate. It’s been six months since the PS5 was released, and getting one is still extremely difficult. Furthermore, Sony has reported that supply shortages could last until 2022.

Aside from that, Sony is planning another deal, but no specifics have been released. Finally, later this month, a free gaming weekend will be held. PS Plus is usually expected to play online multiplayer, so this is a fantastic chance to take advantage of, as it will inspire more people to sign up for the service.