Cats are generally treated as optional extras in video games, with the main character being able to perform things like caressing or picking them up. While this cliché is a fan favorite, Stray, a forthcoming PlayStation 5 exclusive in which the protagonist is a real cat exploring a cyberpunk metropolis seeking for its family, flips this familiar equation on its head. While information has been limited recently, the drought has come to an end today with the release of a lengthy Stray gameplay clip.

Stray’s initial video was released in a teaser trailer last June, produced by independent developer BlueTwelve. The initial teaser focused largely on the game’s environment, which appears to be a desolate, neon-lit cyberpunk metropolis inhabited with humanoid robots with cathode monitor-like heads. This new trailer concentrates on the cat itself and gives an overview of Stray’s gameplay.

The Stray gameplay walkthrough, which was posted to the official PlayStation YouTube channel, showcases many of the features that players will meet on their trip through the strange city. The trailer, which is narrated by one of BlueTwelve’s producers, begins by explaining the game’s premise before moving on to several segments of platforming action, including jumping between platforms, discovering unique pathways to reach specific areas, utilizing objects to get past barriers, and more.

The creator discusses how a cat’s unique perspective allows for innovative level design, such as a laser grid or spiraling rain pipe, which would be hard for humans but not for the daring feline.

The gameplay clip also features B-12, the cat’s drone buddy, as disclosed via an update on Stray’s official website. B-12 is a vital companion for the cat, allowing it to interact with a variety of things in the environment, translate the language of human-like robots, and store a variety of stuff. 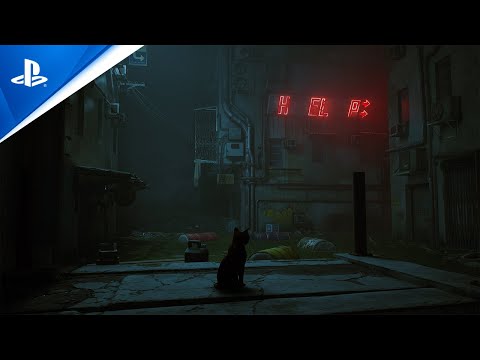 The growing bond between the cat and B-12 will be a “key aspect” of the game. While the movie depicts how the game will be plenty of “cats will be cats” interactions like couch-clawing, it also depicts one of the game’s major hazards. “Zurks,” as they’re known, are violent swarms of animals that assault the cat and are said to be a major threat to the city’s residents.

Today’s Annapurna Interactive July showcase showed many gameplay trailers, including one for Stray. The video game publisher revealed a variety of trailers for its upcoming titles, like the heavily stylized action game Solar Ash and music-inspired platformer The Artful Escape, which features an A-list voice cast like Game of Thrones’ Lena Headey and The Mandalorian’s Carl Weathers. The gameplay clip for Stray, which was saved until nearly the conclusion of the presentation, was, nonetheless, the most important takeaway for many fans.

Despite the fact that the release date for Stray has been postponed, the teaser confirms that the game will be released “early next year.” In the following months, perhaps, a more specific date will be disclosed.