PlayStation Unboxing: Everything Inside The Box

Unboxing videos of the PlayStation 5 have begun to spread online, providing fans with what they will receive once they get their preorders in November. Sadly, a prohibition from Sony has restricted the individuals who received the PlayStation 5 from being able to show the system in action. This keeps fans from getting a look at the new and improved user interface to find out if it really is as confusing as some have mentioned.

The unboxing clips come after a day Sony was given a considerable blow in terms of its release title lineup for the PlayStation 5. The gaming giant revealed yesterday that Destruction AllStars will not be released on November 12. Instead, the game will be launched sometime in February.

However, Sony has revealed that Destruction AllStars will be free to download for everyone with an active PlayStation Plus subscription come release day. The sad thing is that the delay means there are barely any first-party PlayStation 5 exclusive games coming to the system this November. 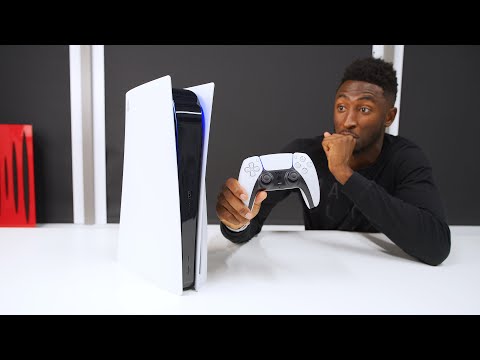 One of the first unboxing videos that have appeared on the internet for the PlayStation 5 gave fans a great look at everything contained inside the retail box. Tech reviewer and famous YouTuber Marques Brownlee has uploaded footage of him unboxing the retail box of the PlayStation 5, making it the first moment that Western reporters have been able to witness Sony’s next-gen console in person.

The retail box contains the main system itself along with a power cord, an HDMI cable, one DualSense wireless controller, and the stand to mount the PlayStation 5 on its side. The controller also comes with a USB-C port instead of the micro USB port of the DualShock 4. One cool detail that the YouTuber observed was that the front side of the unit’s case seems to be made up of hundreds of tiny shapes that feature the buttons on every PlayStation 5 controller.

Despite the recent controversies faced by the PlayStation 5 and Sony, Phil Spencer still believes that the next-gen consoles will sell out during the holidays. The Xbox head also assumes that console exclusive games will not have a significant effect in the short term as he knows both the Xbox Series X and PlayStation 5 will sell all available units before this year ends. Spencer also believes that this is the result of the coronavirus pandemic making games more famous and restricting the production of the new consoles.

This is the first time journalists in the West and various outlets have been able to receive the retail edition of the PlayStation 5. Previously, Sony’s new console has only been made available to certain individuals in Japan.

Seeing it in the videos shows no only how huge the PlayStation 5 is but how it totally overshadows other consoles. It’s also great to get validation that the new DualSense controllers now utilize USB-C ports for charging and see the detailed paint job done on the console and its accessories.