The release dates for Pokémon Brilliant Diamond and Shining Pearl, as well as Pokémon UNITE, have been speculated for a new Pokémon Presents to be released in June. Pokémon Brilliant Diamond and Shining Pearl are scheduled for release on the Nintendo Switch in late 2021, while Pokémon UNITE, a free-to-play MOBA, has yet to be announced.

It’s unknown if they’ll have content from Pokémon Platinum, mechanics from Pokémon Sword and Shield (such as Dynamax and Gigantamax forms), or entirely new content not included in the original games.

After the games were first released, the Pokémon Company hasn’t disclosed any new details regarding Pokémon Brilliant Diamond and Shining Pearl, but that could change soon. KeliosFR, a Nintendo and Pokémon leaker, announced on Twitter that a Pokémon Presents event will take place in “early June” and will confirm the release dates for Pokémon Brilliant Diamond and Shining Pearl, as well as Pokémon UNITE. There’s no update on Pokémon Legends: Arceus, which is also slated for a 2022 release on the Nintendo Switch.

Kelios has expected activities in the past, such as the Nintendo Mini Partner Direct in July 2020. They also expected that a Pokémon Direct would take place on Pokémon Day in 2021, but that wasn’t necessarily the most difficult prediction to make, with or without insider knowledge. For the time being, this new leak should be considered speculation before it is proven. 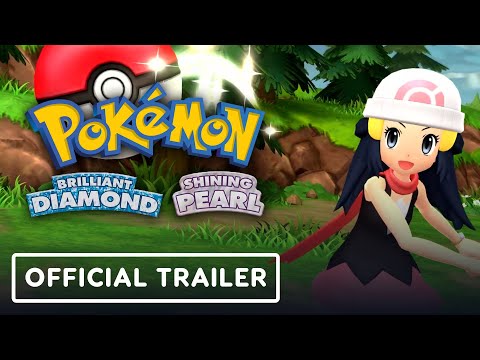 Pokémon Brilliant Diamond and Shining Pearl are expected to be published in the fall of 2021, making them the Switch’s major holiday names for that year. In the second half of 2021, the Switch’s calendar is bare, and fresh Pokémon remakes will undoubtedly count as this year’s machine sellers.

Meanwhile, since Pokémon UNITE is a smartphone game, it could be published at any time, and even shadow-dropped during the Pokémon Presents broadcast. However, after the lukewarm reception of Pokémon UNITE in 2020, it appears that Pokémon fans are most looking forward to the forthcoming return to Sinnoh.

Players Can Expect Big Things From Sea of Thieves This 2021