Reports say that the Pokemon game developer has altered its company name into “Game Maniac” in China and has already undergone trademarks.

Game Freak will always be close to fans of the Pokemon franchise they will always have that nostalgic moment remembering the times they open up their consoles and see the developer’s logo while their favorite game loads up.

However, reports have emerged that the Japanese game developer has changed its name to “Game Maniac” in China. The change was noticed by hobbyist translator sirena who posted a tweet translating a phonetic message.

The translator said that she noticed the change in Chinese and revealed that the second portion of the company’s name now translates to “maniac” rather than “freak”. The translator further explained that this new name sounds more local to Chinese natives while still maintaining the same vibe as its previous name.

Game Freak changed and trademarked its official name in China.
Game Freak was formerly known as 遊戲富利克
(Where 遊戲 is game, while 富利克 is a phonetic translation of freak)
It is now known as 遊戲狂想家 which is more like Game Maniac.
The new name sounds less foreign. pic.twitter.com/nPwDPm7o36

China has always spelled the ”freak” in Game Freak phonetically but the new name has been altered to something that makes more sense in the native dialect. Supporters of the gaming developer raised their concerns over the name change, saying that the new company name doesn’t sound as amazing as its ancestor.

However, another Twitter user explained that while the word “freak” is acceptable to western players, in Chinese, the word can be taken more literally. There are still no official announcements from Game Freak addressing the name change, but translators claim that Game Maniac is a better fit for Chinese speakers.

Beginning its video game career as a self-published magazine, Game Freak invaded the gaming world in the 1980s thanks to Ken Sugimori and Satoshi Tajiri. The two were then later joined by Junichi Masuda which propelled them to begin their own video game development studio using the same name. 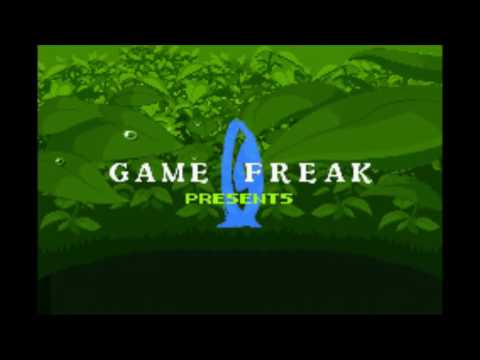 Game Freak then released its first game called Quinty – a puzzle game launched as Mendel Palace for the Nintendo Entertainment System – before the monster arrived. The gaming company’s most successful franchise is still Pokemon – short for Pocket Monsters – which until today is one of the most popular game series the world has ever known.

Game Freak transferred into a new building in Tokyo last January which is shared by Hal Laboratory, 1-Up Studio, and Nintendo.  The game developers are apparently continuing their Gear Project initiative which inspires Game Freak employees to provide original ideas during today’s challenging times. The Gear Project aims to promote originality within the gaming industry and improve the experience of being a game creator.

As a matter of fact, Game Freak is busy preparing for the second DLC for Pokemon Sword and Shield called the Crown Tundra. To prepare players for the upcoming DLC, the developers are consistently giving out free items in the game as well as new weekly events where anyone could catch strong battle-worthy Pokemon. In addition to these events, Pokemon Go is also preparing its players as the game is officially joining the Paris Fashion Week event as a joint promotion with certain fashion companies.