The Pokemon television series and several animated films have long been an indisputable part of the cherished IP. Pikachu and his friends have achieved cultural phenomenon status through games, trading cards, clothes, and more, and the programs and movies have done the same. And now, with Pokemon Evolutions, a limited series that will premiere in less than a week, a new addition appears to be added to the list.

The Pokemon Company International unveiled a brand new series with the assistance of a gorgeous teaser to commemorate the 25th anniversary of Pokemon. Because each mainline Pokemon game takes set in a different area, the eight-episode series will span the franchise’s eight territories. The series will premiere on Pokemon TV and the official Pokemon YouTube account on September 9, 2021, so fans won’t have to wait long to see it.

Pokemon Evolutions will look at each region’s story in reverse chronological order from when the games were launched. This implies that, despite the fact that Pokemon Red and Blue were the first games and were set in Kanto on December 23, 2021, the area will be the last to be explored on the program.

In the meanwhile, Galar from Pokemon Sword and Shield will be the first. Everyone has a favorite Pokemon area, and this new program will be a great opportunity to learn about them in fresh ways. The following is the show’s exact schedule, with the title of each episode and region:

The series’ objective is to offer something new while still evoking memories. Colin Palmer, The Pokemon Company International’s vice president of marketing, stated as much in a news statement issued today. Even the upcoming Pokemon Legends: Arceus looks to follow a similar line of thought in terms of providing a new kind of gameplay to the series while maintaining the fundamental experience that fans adore. 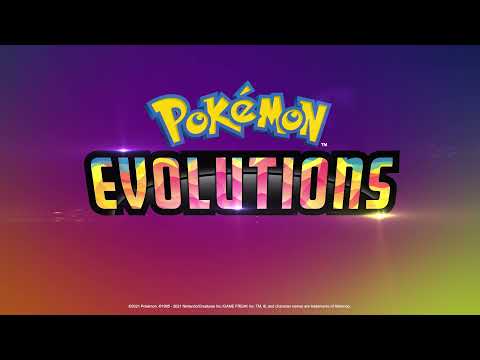 The trailer for Pokemon Evolutions, released alongside today’s announcement, is stunning, displaying a high-level anime visual style and refinement that the original Pokemon TV series lacked.

The series will reportedly feature stories about Pokemon and trainers that viewers are already acquainted with but from a fresh perspective. This renowned gaming and pop culture franchise began 25 years ago, so it’s only fitting to commemorate the occasion with a series that will wrap up where it all began.