Niantic is offering Pokemon Go trainers the opportunity to easily catch over 20 Shinies during this month’s two-day Community Day event. This event is just beyond the horizon and Pokemon Go players will want to gather as much Pokeball, Berries, and Incense so they won’t be missing out on this time-limited event.

Shiny forms of Pokemon are usually difficult to encounter because of their extremely low odds of appearing. The odds of encountering a Shiny Pokemon vary from game to game, with some stooping as low as 1 out of 8192 and as high as 1 out of 25.

Pokemon Go’s Shiny odds are approximated to be around 1 out of 450, which is still a significant increase compared to the 1 out of 4092 in the main Pokemon games. However, on Pokemon Go Community Days, players have a 1 out of 26 probability of meeting the Shiny form of whatever Pokemon is featured on that day. Typically, there will only be only a single Pokemon featured every Community Day.

A few hours ago, Niantic revealed its plans for this month’s Community Day event which will be taking place from December 12 to 13. During the two-day event, Pokemon that were featured in Community Days throughout 2019 and this year will once again appear in the game with boosted Shiny odds.

There will be a total of 22 Pokemon that will have their Shiny odds increased, not including their evolutions. Overall, players will have the chance to capture 64 Shiny Pokemon by capturing them in the wild and then evolving them. 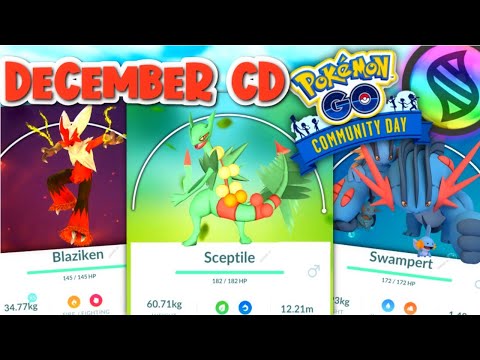 This is not the first time the game has allowed a huge number of Pokemon to share just one Community Day. Back at the end of 2019, a similar event was held that also featured all Community Day Pokemon from that year.

Regardless, Pokemon Go trainers need to make some free time for at least one of the two event days. This is an excellent way for fans to capture some of the Community Day Pokemon they might have missed.

With Pokemon Go now compatible with Pokemon Home, players can also transfer their Shinies over to Pokemon Sword and Shield. With this crazy number of Shinies being featured during a single event, Pokemon Go’s December 2020 Community Day is the best holiday gift a fan could ask for.

Destiny 2 Will Be Making Some Exciting Changes to Missions