Pokemon Sword and Shield: Things To Do After Beating The Crown Tundra DLC

Believe it or not, there still a lot more to do even after finishing The Crown Tundra expansion. This article talks about the best things to do after completing the main campaign of Pokemon Sword and Shield’s second DLC.

The Pokemon Sword and Shield’s Expansion Pass unleashed more than 200 Pokemon from past generations, new legendary and mythical Pokemon, new areas to discover, and new storylines for fans to experience.

This is the first time in the game franchise where a mainline title has gotten paid expansions and possibly not the last moving forward. Even though a lot of players have now finished The Crown Tundra, there is still so much to do in the game.

Pokemon Sword and Shield has been a divisive installment in the Pokemon franchise because of the scarcity of a complete National Pokedex. While the National Pokedex was removed in the past games, older entries allowed fans to catch all of their favorite Pokemon from the earlier titles. 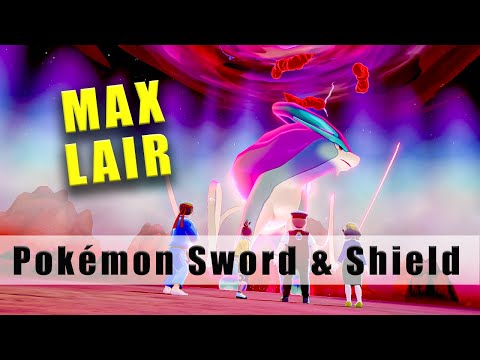 For the first time ever since Gen 3, Pokemon trainers are still unable to carry over every single Pokemon but instead a huge majority of them. While many fan-favorite Pokemon made their comeback through the DLCs, many are still left behind, unable to make the jump to the Galar region.

In spite of this, the expansion has done a great job of releasing more than 200 older Pokemon to Sword and Shield. Even though the main campaign is finished, there are a lot of secrets waiting to be found in The Crown Tundra.

Trainers can join in the Max Lair with friends and other players to catch legendary Pokemon from older generations such as Heatran, Rayquaza, Giratina, and more. These legendary Pokemon will also have a 1/100 chance of showing up in their Shiny forms for trainers who have the Shiny Charm.

The Swords of Justice

Players will also be able to encounter the four Swords of Justice Keldeo, Virizion, Terrakion, and Cobalion in the DLC expansion. In order to do this, trainers must first locate all of the hidden footsteps spread around The Crown Tundra then talk to Sonia in Freezington. Players must first catch Virizion, Terrakion, and Cobalion before Keldeo will appear.

Players must first catch and place all of the five Regi Pokemon in their party for Regigigas to appear. After catching and putting Regieleki, Regidrago, Regice, Registeel, and Regirock in their party, players must go to Snowslide Slide to find a Pokemon Den with four rocks encircling it. Players must then touch the rock to initiate a battle with Regigigas for a chance to catch it.

This legendary Pokemon belongs to the Ultra Beasts family and will only appear in the game after the player catches the 5 other Ultra Beasts inside the Max Lair.