Console owners excited to play Cyberpunk 2077 have witnessed their hopes crushed under the reality that the game’s performance on older consoles is extremely bad which is why PlayStation 4 players are now reportedly refunding their money back online.

Now that Cyberpunk 2077 is finally released, it’s certain that the ambitions of the developers far outweighed the power available in consoles made in 2014. As such, base Xbox One and PlayStation owners can play Cyberpunk 2077, but it’s in a condition that is less than desirable.

Beginning the game, the PlayStation 4 is most capable to deal with what the game offers, but vehicle sequences prove to be the first problem. There have been reports of drops to even below 20FPS in the early driving sequences, as well as similar slowdowns when getting into a vehicle in the game’s open-world.

PSA: Sony is issuing refunds even past the 2 hour play time for digital games, if you file a refund claim and talk to a rep. from cyberpunkgame

Cyberpunk 2077 also suffers from digital artifacts, slow texture pop-ins, and a diminished population of NPCs loitering around Night City compared to its next-generation versions on the Xbox Series X|S and PlayStation 5. Even the PlayStation 4 Pro can apparently not run the game at its core 30 FPS without any issues, so it’s not shocking that the original PlayStation 4 suffers from all these issues.

As reported by VGC, those who bought the game on the PlayStation 4 are now demanding refunds, and they appear to be getting them in various cases. After waiting for more than an hour on hold with PlayStation support, Redditor NotBen_2 was able to get through and receive a refund after playing the game for just 10 hours.

The report also mentioned that a few others were calling in about receiving refunds and Sony is issuing a “business complaint” to the developers at CD Projekt Red about Cyberpunk 2077’s current situation. For its part, the development team has already published various updates for the game that make enhancements across all platforms, but those fixes will most likely prioritize the game’s PC version and any glitches that players on more recent consoles are experiencing. 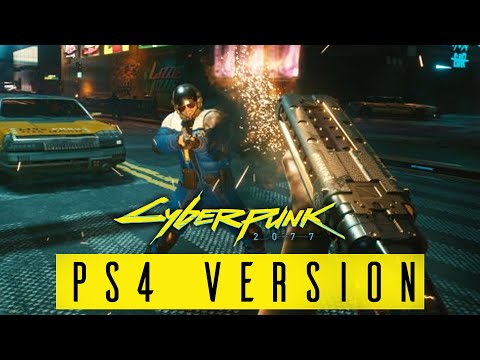 Cyberpunk 2077 fans have not just wanted refunds just for the game’s bad performance, but a lot have turned on the game for what they see as a deceitfully marketed and buggy product. The Metacritic user score for both Xbox One and PlayStation 4 launches are hanging around 3 out of 10, and even its PC version is down to 6.8 due to various launch issues.

This chaotic release has even changed the decisions of fans of other highly awaited titles such as Grand Theft Auto 6, provoking them to speak out in favor of long but effective delays to prevent similarly devastating releases in the future.