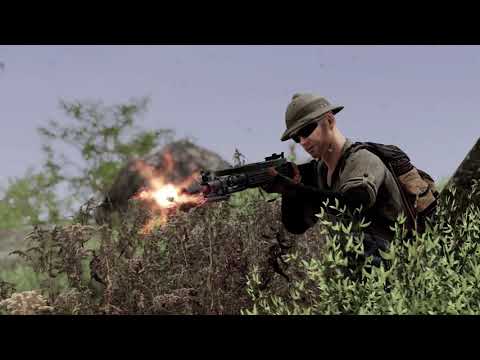 The ninth season of PlayerUnknown’s Battlegrounds has officially gone live, bringing with it a ton of new content and improvements for fans to enjoy.

Although the new changes are definitely exciting to explore, the most interesting aspect of this season is the new and unique dynamic map called Paramo, which is now available for fans to play on.

To celebrate the launch of PUBG Season 9, developer PUBG Corporation also released a launch trailer to show the players what they can expect in this new season. At the beginning of October, the studio revealed that Season 9 would highlight the new map Paramo, which was said to be a mysterious location situated up in the clouds.

PUBG Corporation claimed that Paramo would be different from the other maps on PUBG, as its layout was constantly changing with every new match. In addition, Season 9 was announced by the studio to be shorter compared to previous seasons.

However, PUBG Corporation assured fans that this won’t hinder the gameplay or the quality of the season.

Before its official release, PUBG did a pretty great job of informing players about the upcoming update and what they can expect to find in it. Paramo, on the other hand, was discussed by the studio even more frequently, with PUBG Corporation specifically pointing out what makes the map so unique.

For one thing, this 3×3 map will not have any red zones, while blue zones will reduce in size in a much slower manner compared to the other maps. However, the blue zones will inflict even more damage to compensate for this.

On another note, players can only make use of motorcycles in Paramo, while helicopters will pass by the map every now and then to drop supplies to the players. This is the very same helicopter that drops players onto the map at the start of the match.

In this specific season, players will be able to loot a Secret Room Key, although PUBG Corporation hasn’t revealed the purpose of it just yet. Asides from the new map, PUBG Season 9 will introduce an all-new Ranked Mode that has been configured to benefit solo players as well.

Those who decide to get the season pass will be able to access Survivor Pass: Highlands, which includes exclusive missions and rewards. However, the downside to this is that it will only last for a limited time, specifically for only two months.

As for PUBG‘s currency known as the G-coin system, this has officially become the only accepted form of payment across the different platforms. Last but not least, the latest update also contained fixes to maintenance issues and bugs, just like your average patch.

That being said, the arrival of Season 9 is expected to bring interesting changes to PUBG. Despite the fact that it’s considerably shorter than other seasons, it’s safe to say that it’s still worth your time since PUBG Corp. has included a lot of new content.

Season 9 was released with patch 9.1, but patch 9.2 is already in the works and will be released at a later date. This next patch will also include new content, only this time the spotlight will be focused on the game’s story and lore.