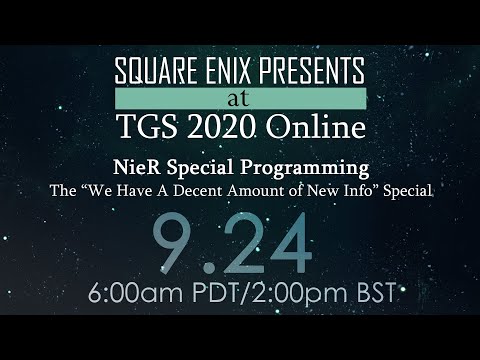 Nier Replicant ver.1.22474487139… was initially announced earlier this year, and back then we didn’t have a lot of information about the title and what we can expect from it. This is no longer the case now, though, as this highly-anticipated version of Nier finally has an official release date: April 23rd, 2021.

Fans have been waiting a really long time for this game, but Square Enix has made sure to compensate for that by not only revealing a collector’s edition that’s scheduled to launch alongside Nier Replicant but a gameplay video of the upcoming title as well.

All this new information was announced during the Nier “We Have a Decent Amount of New Info” Tokyo Game Show presentation, the video of which you can watch above.

The presentation also revealed that the game is being co-developed by Toylogic, which is a studio that’s known for helping out on well-known titles such as Dragon Quest 11: Echoes of an Elusive Age and Kid Icarus: Uprising.

Several people who have worked on the Nier franchise one way or another were present during the Tokyo Game Show livestream, namely development director Saki Ito, series creator Yoko Taro, series producer Yosuke Saito, and even the title’s composer Keiichi Okabe.

As mentioned, the studio will also be releasing a collector’s edition alongside the game, which they have named “White Snow Edition.” This edition will include not only the game itself, but a bunch of other collectibles such as a steelbook case, and three pins inside a collector’s case.

You will also find a two-disc soundtrack in packaging that looks like a grimoire. Last but not least, the collector’s edition will also have a seven-volume recording script. This can definitely be considered as a collector’s item because it includes every line of voiced dialogue in the game.

A lot of effort has been given in this version of Nier Replicant, so much so that every piece of dialogue has been re-recorded in both Japanese and English. This includes even those lines that weren’t initially voice acted in the original game.

As for pricing, the collector’s edition can be preordered for $159.99 only from Square Enix’s online store.

So many Nier fans are looking forward to Nier Replicant – including us – as this is the first installment in the Drakengard spin-off series that resulted in the creation of 2017’s highly-acclaimed Nier: Automata.

This upcoming version of Nier Replicant will actually be the first time that the game will be released outside of Japan.

And although some wouldn’t consider this version to be a remaster, it might be worth considering it as such since developer Toylogic has gone through great lengths to tweak the game so that it resembles the combat and gameplay experience of Nier: Automata.

Once it’s released on the scheduled dates, Nier Replicant ver.1.22474487139… will be available to play on various platforms such as PC, PlayStation 4, and Xbox One.