Rell Is Confirmed To Be The Latest League of Legends Champion

Riot Games has officially confirmed that the last League of Legends champion of this year is Rell, otherwise known as the Iron Maiden. According to her backstory, Rell is from the Noxus region and is a product of “brutal experimentation” that was done at the Black Rose Academy.

Her character is expected to go live on December 9, which is when patch 10.25 is scheduled to launch. Riot Games best describes Rell as a “heavy-armored battle maiden” who doesn’t join a skirmish without her trusted steed.

As we can see, Rell also wields a massive weapon that nobody would want to be on the receiving end of. Asides from her initial reveal, Riot Games also shared Rell’s set of abilities, along with video demonstrations to fully showcase her might.

This heavy-armored battle maiden rides a furious storm of steel into every fight. Learn more about her metalmancing abilities in the thread below! pic.twitter.com/zOgHRZHTSF

Break the Mold is the name of Rell’s Passive ability, and it has her attacking her enemies very slowly all while temporarily taking a bit of their Armor and Magic Resist. If you want Rell to become hard and “tanky,” then you can also steal resistance from more than one opponent. Rell’s attacks will become double the amount, as she’ll deal extra damage based on how much resistance she was able to take.

For Rell’s Q ability, we have Shattering Strike, which is a skill that allows her to use her lance to stab forward at her enemies. In other words, Shattering Strike is capable of damaging all foes that are standing in her path.

Now, what makes this ability interesting is that if there’s a teammate bound to Rell through her E ability, both Rell and that particular ally will be able to regain health based on how much damage Shattering Strike was able to deal.

Moving on, there are two sides to her W ability aka Ferromancy. The first side, which is known as Crash Down, can only be cast by Rell if she’s mounted on her horse. It’s a pretty strong ability that allows her to transform the horse into a shield that will last until it gets destroyed or if she decides to mount again. 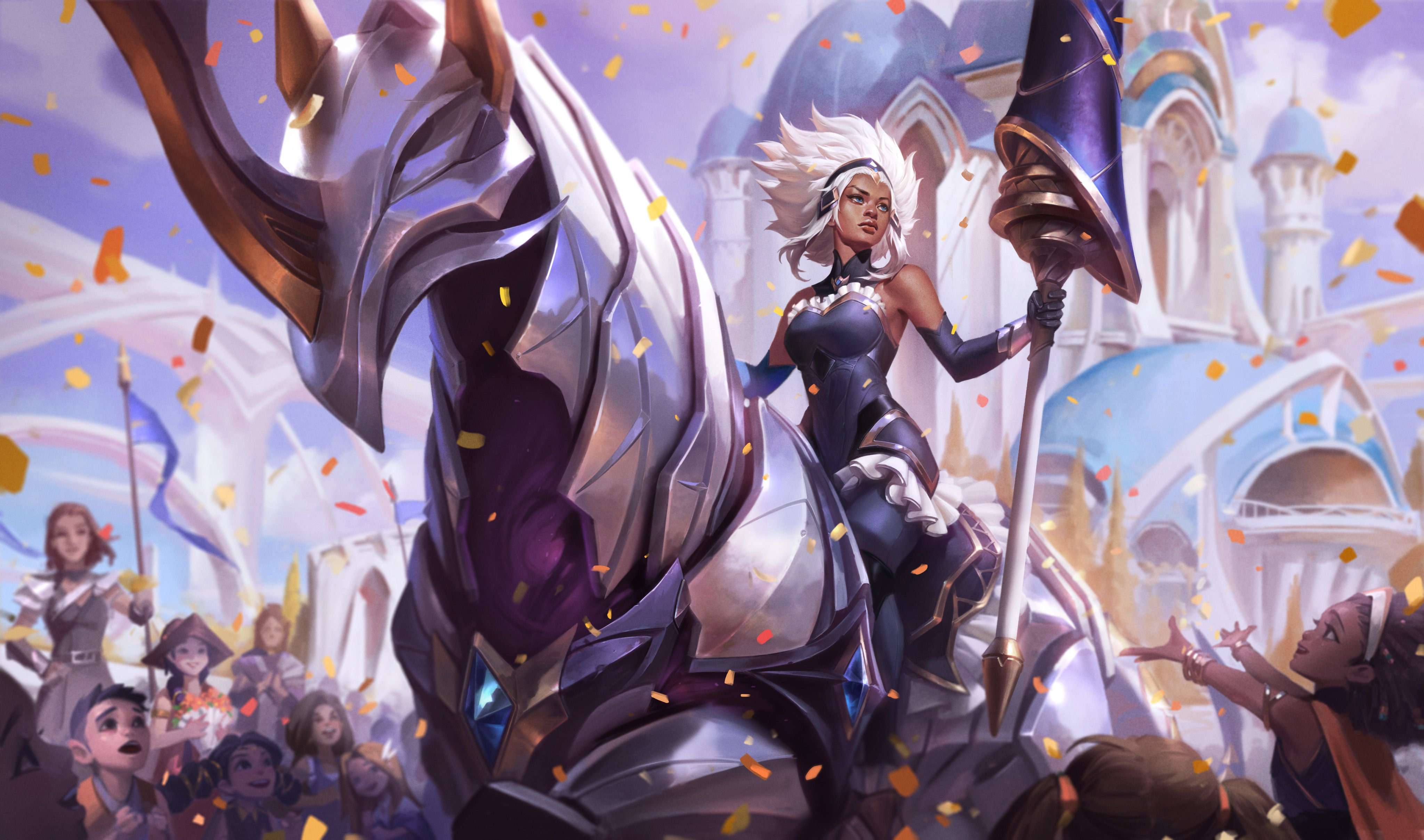 When using this ability, Rell will leap into the air and then crash-land onto her enemies, knocking them down and dealing damage in the process. During this transformation, the champion will be able to cast her R and E abilities.

On the other hand, the second side of Ferromancy is known as Mount Up. You might have guessed it, but this skill can only be cast if the champion is in her armored form. In this case, Rell will transform her armor back to the mount it once was, giving her an increase in movement speed. When she attacks an enemy, she will be able to deal extra damage.

Attract and Repel is Rell’s E ability, and this gives her the ability to bind herself and an ally together. As such, that particular teammate will be able to receive bonus Armor and Magic Resist when in range.

Lastly, Rell’s ultimate or R ability is called Magnet Storm. When Rell casts this ability, she creates a gravitational field around her that will pull surrounding enemies to her like a magnet.

Rell will be galloping her way to League of Legends’ servers next month and we can’t wait to try her out.

Netizens, Gamers Are Loving The Newest Collab Between ‘Fortnite,’ ‘My Hero Academia’