Despite being limited to television and computer displays, the Resident Evil series has a lengthy history of scaring audiences. Resident Evil 2 Remake and Resident Evil 3 Remake both brought the terror of these 1990s games back to life, and now one fan is attempting to make them even worse by making them virtual reality playable.

Resident Evil is no stranger to virtual reality since Resident Evil 7 was released on the PlayStation VR. On the other hand, Resident Evil Village hasn’t followed suit, and none of the remakes has been given the VR treatment. Fortunately, fans may take matters into their own hands, and fans of the series are eager to do so. 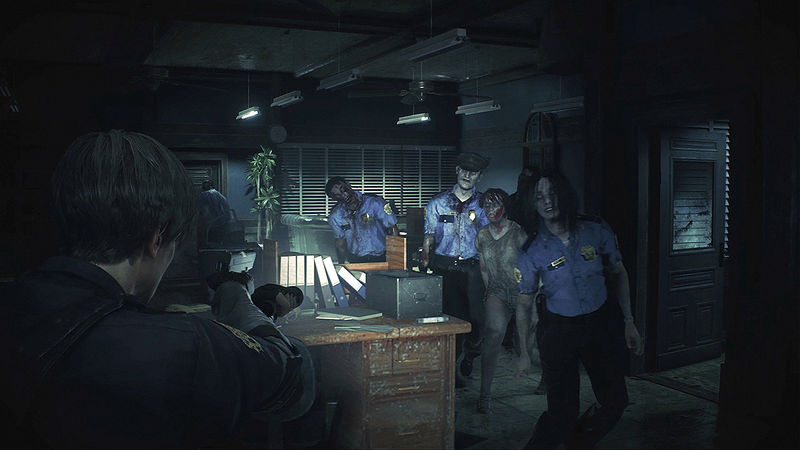 Praydog is working on a Resident Evil 2 and 3 Remake mod that will allow gamers to put on a virtual reality headset and experience the terror in first person. The mod’s precise release date is presently unknown, however a demonstration video showcasing some brief gameplay from Resident Evil 3 Remake in VR has been published.

The mod looks to be excellent since the player appears to be Claire Redfield wandering through dark corridors. The player may move her hands separately, allowing them to use their left hand to hold up and aim their flashlight while using their right hand to handle the gun. Although the player model’s arm appears to have a stretched, noodle-like appearance in the video, according to a message from the uploader, this issue has now been resolved by adding full VRIK.

While fans were able to flee the scary Baker family in virtual reality, there’s no word on whether players will be able to twist their necks and stare up at Resident Evil Village’s very tall Lady Dimitrescu. However, given that the PS5 is still slated to receive its own version of PSVR in the future, such a development might still be in the works. Creating a VR experience on earlier technology would likely have been impossible.

While there haven’t been any significant announcements about the project since then, once it’s launched, it’ll give gamers a fresh take on a game that’s already been ported to most contemporary platforms. Fans of Resident Evil with VR headsets will have a lot to look forward to, whether they’re dealing with Ganado, Tyrants, or regular zombies in virtual reality.