Super Mario 35 is now available for download on the Nintendo Switch which allows up to 35 players to battle each other in a classic Mario gameplay and it’s all for free.

Other exciting announcements made this year also includes several Mario-inspired variations of board games from Hasbro such as Jenga and Monopoly, and Nintendo has even revealed a future collaboration with Illumination Studios – the creators of the hit movie series Despicable Me – for a new animated Mario movie set to release in 2022 which it expects to do better compared to the previous venture of bringing its most popular character to the silver screen. 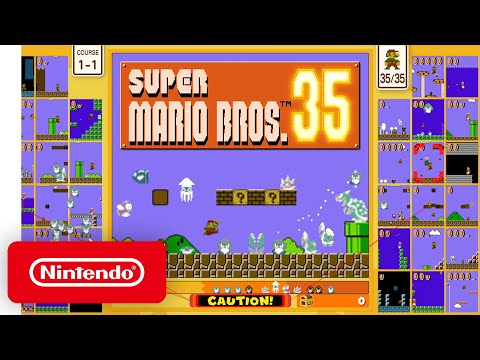 In the middle of this excitement, fans could easily forget about Super Mario 35 – a competitive Tetris 99-like game which was released simultaneously with Super Mario 3D All-Stars.

A few hours ago, Nintendo disclosed that Super Mario 35 is now available to download for free on the Nintendo Switch, although it will require players a membership to the Nintendo Switch Online service. The official website of Nintendo describes the game as “Super Mario Bros. with a 35-player twist,” as fans battle against each other in traditional Super Mario stages while attempting to attack enemies with the franchise’s iconic power-ups and shells from the original 1985 game.

In addition to this, there are also daily tasks that players can accomplish to gain in-game currency and exclusive battles where special conditions can be included in the celebration. Fans are hyped with this new concept of a Super Mario battle royale and have expressed excitement and interest, although this happiness has been mitigated by the fact that Super Mario 3D All-Stars and Super Mario 35 will only be available for a limited amount of time.

Despite the controversy surrounding this, it looks like the upcoming anniversary event for the Super Mario franchise is paying Nintendo some dividends since it has been recently announced that the Nintendo Switch broke sales records for game consoles in the US for August. 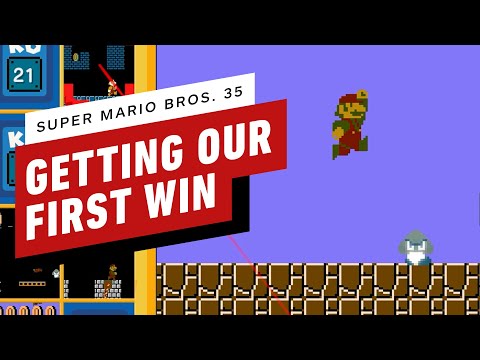 With this in mind, and the mustachioed Nintendo character’s 35th-anniversary celebrations in full swing, the new game Super Mario 35 looks like it will be giving fans a lot of fun times while testing their Mario platformer skills against other online players in a quick-paced online battle royale especially since the game is all for free.

Nintendo Switch Online subscribers can now download the game today until March 31, 2021, only for the Nintendo Switch. First-timers can try the service for free for 7 days. A month of subscription will cost $4, three months at $8, and a year at $20. Probably the best subscription to choose is the family plan which costs $35 per year and caters to eight players with free Nintendo Accounts. Players who want to play Switch games online will have to sign up with the subscription service anyway.