If you’re familiar with Final Fantasy 7, then you’d know the fighting style of the character Tifa Lockheart. With that in mind, it’s actually quite surprising that she hasn’t made an appearance that much in fighting games that feature crossover playable characters, unlike other characters from the same game such as Sephiroth or Cloud, who are a part of Super Smash Bros. Ultimate’s roster.

As such, one fan has decided to take things into their own hands by creating a Tekken 7 mod that adds Tifa Lockheart as an unofficial guest fighter. The fan who created and uploaded the mod, Wolfe, isn’t a stranger to fan projects such as this though. Their work in this mod is actually quite impressive—they didn’t just introduce Tifa to the game, they also added in a new stage that’s based on one of the locations in Final Fantasy 7 in order to match with the character.

What’s more, Tifa wasn’t just ported to Tekken 7, which is usually the case with mods. No, it appears that Wolfe specifically created the Tifa model in order to match Tekken’s visuals and art style. To be more specific, though, Tifa actually works as a replacement for Josie, who is originally a part of Tekken 7’s roster. However, her move set works well for the Square Enix character. 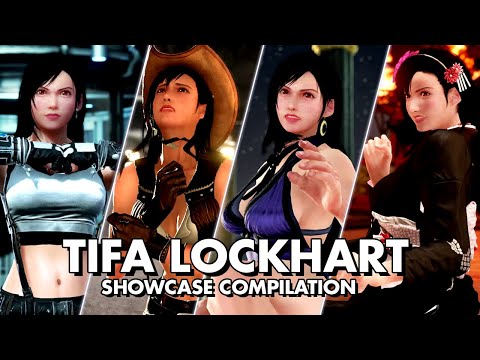 The mod offers various alternate outfits for Tifa as well, including her flashback cowgirl outfit, her dress from Final Fantasy 7: Remake, as well as her outfit from Final Fantasy 7: Advent Children. According to the mod’s creator, they’re still currently working on Tifa’s Exotic Dress, which is reportedly 90% complete.

That being said, the mod has its issues too. At the time of writing, the outfits sometimes encounter clipping and physics issues. However, this hasn’t stopped Wolfe from supporting the game. As a matter of fact, they stated in the mod’s notes that they are currently working on releasing bug fixes to ensure that the mod works as flawlessly as possible. These fixes can be expected to go live as soon as possible.

As previously mentioned, Tifa’s addition (a.k.a Josie’s replacement) also comes with a brand-new stage. In a similar fashion, Tekken 7’s G Corp Helipad stage gets replaced with Midgar from Final Fantasy 7: Remake. You can even see the Shinra Tower while you’re busily fighting the enemy character or player.

What makes this new stage even more interesting is the fact that it has a night and day feature. While it may not be a major addition, it makes the inclusion of Tifa even better, as she blends pretty well with the area. Besides, the fact that Tifa comes with her own Final Fantasy 7-themed stage makes her feel like an official addition to Tekken 7—even though she’s completely fan made!

While Tifa may not be getting as much love as other characters from the highly acclaimed game, it’s great that talented modders like Wolfe are capable of including her into other video games, offering Tifa fans more content than ever before. If mods like this get enough praise and attention, who knows? Perhaps developers will come to realize that Tifa would be a great fit for most titles in the fighting game genre.