Developed by //commentout and published by Playism, Tokoyo: Tower of Perpetuity is now officially available as a part of Steam Early Access. It’s an adorable pixel game that features “light social elements.”

The 2D action-adventure game follows a character who has somehow gotten trapped inside of a tower. The thing is, it’s not that easy to reach the outside of the tower because its structure changes every 24 hours.

A lot of individuals have attempted to escape this dynamic tower, but most have failed. It’s your turn now to accept the challenge and see how far you can go within a day. The game follows real-world time, which means that the 24-hour timespan given before the tower changes will follow real-world time as well.

Players from all across the globe have to try and reach the top of the tower within a day or else the tower will shift. The tower’s traps and tricks change on a daily basis, so it would be useless to memorize its structure. In addition to that, you have other players to contend with at the same time, so vigilance is key. 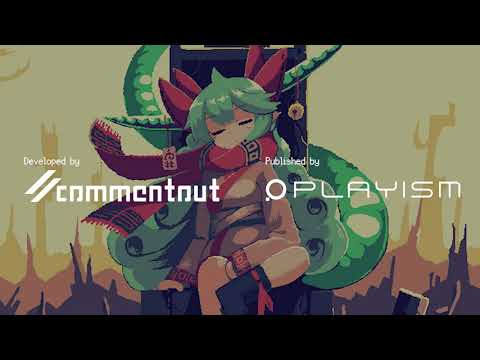 The tower contains a variety of passageways and branches for players to go through. To make your gameplay experience even more exciting, you can try passing through different areas to see where it will lead or what differences may have taken place.

What makes Tokoyo: Tower of Perpetuity even more enjoyable is its customization options. Since you will be up against other players in real-time, you can freely customize and edit your character if you want to stand out among the rest.

There’s a variety of customization options available for your 2D sprite, such as colors, outfits, hairstyles, sparkles, and accessories. As previously mentioned, Tokoyo: Tower of Perpetuity has “light social elements,” which means that when a player’s character is eliminated, a gravestone will appear on the spot where they died.

Not only that, the player’s “last words” and “relics” will also appear on that same spot. This is definitely convenient for those players who don’t know where the danger lies, as the gravestone will indicate that a trap or something similar is very nearby.

More information regarding Tokoyo: Tower of Perpetuity’s Early Access state was revealed upon its release. More specifically, the team behind the adorable 2D game decided to release the title in Early Access after receiving the demo’s feedback during the Steam Game Festival.

That being said, the developer is still asking the game’s supporters to give any additional feedback they may have so that it can be polished and refined to perfection before its full and official release.

In any case, purchasing the Early Access version of Tokoyo: Tower of Perpetuity will treat you to all of the main features of the game. Not only that, but you will also be able to customize your sprite and utilize the social features available in-game.

We expect that Tokoyo: Tower of Perpetuity will remain in Early Access at least until the Spring of 2021. The game’s price will also see an increase once it gets fully launched in order to match the complete features and content that will be added to the game.