Unpacking, along with Archvale, Bushiden, Chinatown Detective Agency, Dodgeball Academia, Flynn: Son of Crimson, and Midnight Fight Express Next Space Rebels, was one of them (some of which have already been released on the platform). The task of unpacking appears to be next on the agenda.

Players can unpack their belongings and organize their new houses without the hassle of moving. The latest film features studio apartments, kitchens, living rooms, and more, all of which are well organized with soothing music playing in the background. Many fans have been anticipating the release of this indie-developed videogame, and they won’t have to wait long because it will be available in less than two months.

Unpacking will be available on Xbox One, PC, and Nintendo Switch on November 2, 2021. The trailer plays up the fact that the release date has been a long time coming. Unpacking was shown off years ago and got prizes at game shows and events as far back as 2018.

Although it may not be one of the significant autumn games of 2021, it was shown off years ago and received rewards at game exhibitions and events as far back as 2018. Fans will be pleased to discover that the zen puzzle game will be released in early November. 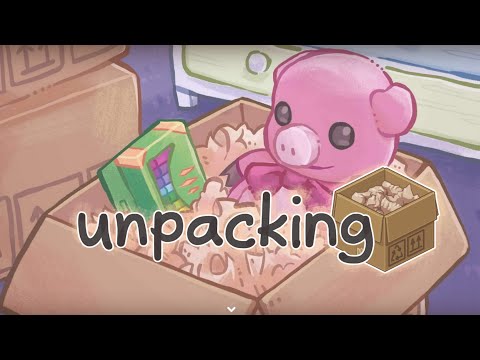 Both in terms of quantity and diversity, the Xbox Game Pass catalog continues to expand. According to a recent announcement, Unpacking is not among the 13 titles that will be added to Xbox Game Pass in the coming weeks.

Some of them are smaller-scale independent games, but the service still has major hitters on the way, such as Halo: Infinite. Xbox Game Pass offers a lot to offer, whether it’s enormous RPG adventures, online first-person shooter action, or fascinating indie experiences. Many people believe that the service is the finest on the market in terms of value.