New Battle Royale Game Will Be Set in the Vampire: The Masquerade World

An all-new battle royale title has been announced, and this one will be set in the world of Vampire: The Masquerade. Players will be able to battle it out in the rooftops and streets of Prague some time in 2021, which is when it’s set to release.

With the release of PUBG and then Fortnite, the battle royale gaming scene quickly boomed and prospered. And now, it’s safe to say that the market for this genre is quite saturated at this point. However, this hasn’t stopped developer Sharkmob from trying to create a space for itself here.

A new announcement trailer has been released as well and from what we can see, the upcoming battle royale title will have its own set of interesting gameplay mechanics, which will hopefully help it stay afloat after its launch next year.

That being said, the footage shown in the trailer is pre-alpha, but it does a pretty good job of giving potential players a gist of the game. It appears that players will be able to make use of a variety of weapons.

The trailer showcases some characters wielding military-style guns, while others are making use of swords and blades. The game has pretty innovative movement mechanics as well, as it appears that players will be able to climb buildings and jump significantly long distances.

More often than not, those battle royale games with unique and revitalizing features always have a chance to become one of the greats. From what Sharkmob has showcased so far, this new game might become just that.

Looking back, it was probably quite obvious that Sharkmob planned for the title to become a large-scale multiplayer. Previously, the developer has been gathering different talented individuals, even including David Sirland, the producer of Battlefield.

Sharkmob is promoting the upcoming title as an evolved form of the battle royale genre. However, players will still be able to play either solo or with a team. Vampire: The Masquerade is the type of game wherein supernatural powers play a huge role, and it seems that this battle royale will feature the same thing. 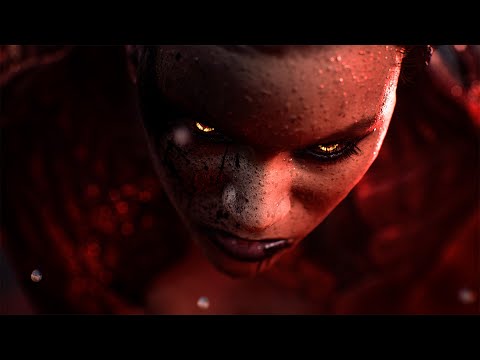 What’s more, it appears that players will be able to gain strength by drinking blood, just like in Vampire: The Masquerade. Since its release, the trailer has received polarizing opinions from gamers.

At the moment of writing, the number of likes and dislikes on the announcement trailer are both at 896. Even though a lot of gamers are already starting to get bored with what the battle royale genre has to offer, it appears that many still find it controversial to include a large-scale multiplayer brawl in the world of Vampire: The Masquerade.

That being said, Vampire: The Masquerade is still being worked on even until now. In fact, its most recent edition, Shadows of New York, was released recently. The release of this battle royale will definitely help the franchise grow, even though it comes in a completely different genre than the original title.

In any case, we don’t have a lot of information about this game just yet, so much so that its title hasn’t even been revealed. However, we’re sure that Sharkmob will give us more details as time passes.

Forza Horizon 4 Will Launch On Steam In March 2021