During the BlizzCon 2021 opening ceremony, Blizzard revealed tons of new information to the gaming world. This included everything from the upcoming Hearthstone content updates, a new Diablo 4 class, and the announcement of Diablo 2 Resurrected to some major World of Warcraft news.

World of Warcraft: Shadowlands will be receiving a major content update involving The Jailer, called Chains of Domination. Aside from this, World of Warcraft Classic is getting some love too. Players now know that they can look forward to a new expansion, the Burning Crusade, to arrive sometime later this year. A specific launch date or even a release window wasn’t provided, but there is still plenty to be hyped for.

The Burning Crusade Classic, as with the World of Warcraft’s entirety, is a devoted recreation that comes full of original content. Players can travel to the Twisting Nether and explore the Outland, fight their way to level 70, unlock flying mounts, and play as two more races – Draenei and Blood Elves.

It should be worth mentioning that this expansion will also add two new realm types to the game – Burning Crusade Classic Progression Realms and Classic Era Realms. Existing players will have to pick which path to take, but it’s relatively an easy choice.

Those who wish to stay on Azeroth can continue playing World of Warcraft Classic’s Shadow of the Necropolis content update on a Classic Era realm, which is given to players for free. This chance will be provided to all players. 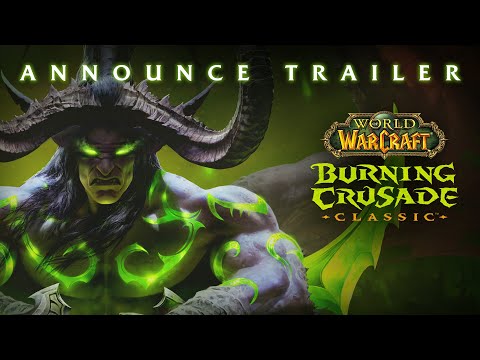 On the other hand, Progression realms will get the new content updates and have all features added to them whenever World of Warcraft Burning Crusade launches. It should be further noted that all current realms will fall into the latter, so those who want to retain the Azeroth-only experience will need to make sure to get into an Era realm.

Sadly, when players must pick a realm is uncertain, much like the launch date for World of Warcraft Burning Crusade Classic. The wording implies that the choice between realms will come with enough time for fans to make their choices before the actual launch, but with all of this content coming to the game, fans have a lot to wait for. Details will possibly continue to be revealed over the coming months, working their way up to a possible launch date for this expansion.

Latest Overwatch Map May Be Hinting At New Fox Hero