Xbox Series X/S Sold Out in Japan Hours After Release

After last week’s PlayStation 5 preorder chaos, Xbox has taken safety measures to prevent a similar situation and even mocking its rival company when it revealed the Xbox Series X/S preorder dates. Along with the start of the preorders, Microsoft also revealed new information regarding the new Xbox Wireless Controller in an effort to maximize the next-gen console sales.

The Xbox franchise has a history of performing poorly in the Japanese market. However, this time, Microsoft claims that Japan is now the fastest-growing country in the world for the company’s sales. 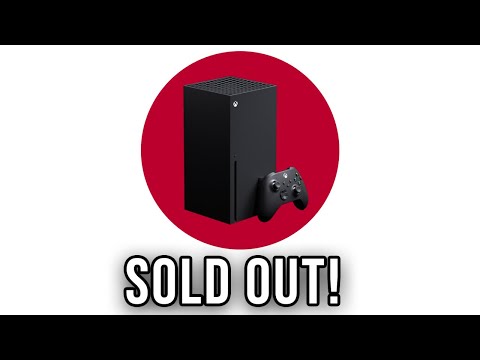 This was apparently confirmed by the rate at which Microsoft’s latest next-gen consoles sold out after preorders became available to its fans. This has been a significant improvement compared to the Xbox One, which made only one percent of all its worldwide sales in the country.

VGC reported that the more costly Xbox Series X was already sold out in just 20 minutes after releasing on Amazon Japan after preorders went online at midnight. An hour later, the Xbox Series S was also sold out.

A lot of major Japanese electronics stores also disclosed that both next-gen consoles were already sold out within minutes after becoming available including Microsoft’s official store in Japan. All of this news came out hours after Microsoft Japan declared a small discount for the Xbox Series X but it’s uncertain if this had any blunt impact on its sales.

Microsoft continued its promotional campaign in the country for its next-gen consoles las Thursday at the online Tokyo Game Show. During the show, Microsoft showcased several games that players will be able to play on the new consoles but focused mainly on games made within Japan such as Resident Evil 8.

Microsoft has been putting a lot of effort in the past years to cater to the Japanese fans and finally, it appears that all their work has paid off. This success came shortly after Microsoft announced that they have purchased ZeniMax Media which is Bethesda’s parent company who is well-known for developing the Doom, Elder Scrolls, and Fallout franchises.

This quick start is great news for Xbox as Microsoft attempts to maintain itself in the competition where it has strived for years. It is probable that the company is pursuing to expand its gaming roster by catering to its fans in the hopes of getting a developer from Japan.

Awesome seeing the demand for Xbox in Japan and Korea#PowerYourDreams pic.twitter.com/gNeMx6Sr0J

Xbox and Microsoft have had a ton of great news to reveal in the past weeks and fans hope that this success will continue in the future. It’s probable that the next-gen of gaming could look like the existing TV streaming service models where PlayStation and Xbox could keep the products they own as exclusives which will force players to pick a console based on the exclusive games they like.

Phasmophobia Ghosts May Only Respond To You If You Ask Questions, According to Update...

Rhino Will Be First Boss For Spider-Man Miles Morales