The Xbox Series X features a generous 1TB of default internal storage. However, at least 20 percent of it will be dedicated to the next-gen console’s operating system and other important system files. The size of games also grows with each generation, letting some fans worry about the number of games they will particularly get to save on their new Xbox consoles.

Both the PlayStation 5 and Xbox Series X have utilized their brand new SSDs as a selling point, mostly focused on how much quicker these drives will be able to process loading times compared to the standard hard drives found on today’s current-gen consoles. 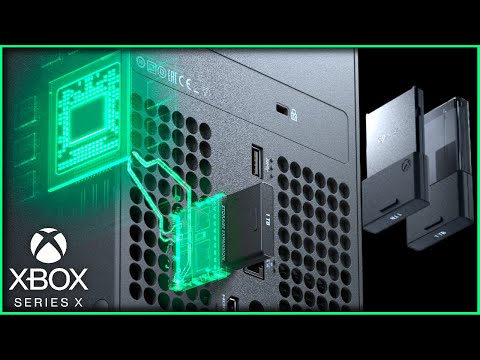 For both cases, the new drives seem like they will absolutely make a huge variation in terms of loading times, and initial booting times presumably cut to almost relatively nothing on some upcoming games. SSDs also provide more storage with tinier physical footprints however, it’s still uncertain whether this extra space will outperform the increase of game installation sizes.

Now, the first sneak peeks for the Xbox Series X are dropping more uncertainty on the next-gen console’s ability to sustain storage demands. According to reports, the system files and OS of the Xbox Series X will take up approximately 198GB of the console’s internal SSD, leaving only 802GB for saved games.

That’s a massive space that’s left over, but a lot of fans are still disappointed at losing 20 percent of the affirmed storage space on their next-gen console as soon as they turn it on. It’s still unsure if the Xbox Series S will also have a large chunk of its internal storage taken up by important files.

If it does, this could be an even larger issue for players who would choose this model of Microsoft’s next-gen consoles. The Series S doesn’t have a disk drive which means players will have to erase and redownload games once they run out of storage or have a backup external hard drive if they want to access multiple games all at the same time. Given the Xbox Series S’ lower storage space, to begin with, it could be a real issue if its OS files aren’t considerably smaller compared to those of the Xbox Series X.

This news comes after the first batch of preorders for the Xbox Series X/S. Both console’s preorders had a problematic start, with too much traffic crashing the websites of retailers and stock selling out everywhere in a matter of minutes.

The Xbox Series X achieved a small victory over the PlayStation 5 by being awarded as this year’s Most Wanted Tech at the closing of the Gamescom 2020 Awards. With both next-gen consoles nearing their expected released dates this November, the race is now on to see which console players will prefer once they reach retailers store shelves. However, with all the hardships of preordering a next-gen console, the scarcity of internal storage looks like it’s going to give those lucky buyers of the Xbox Series X second thoughts.