In this latest version, Call of Duty: Mobile finally gets the two classic maps, Shipment and Shoothouse. These famous maps are from Call of Duty: Modern Warfare and they’re often requested because of their tight-knit and fast-paced action. Aside from these maps, Tier 21 unlocks the AS VAL, and Tier 14 unlocks a new killstreak. Each season offers players the chance to win freebies for their accounts as well as special prizes tied to that season.

For Gunfight, Call of Duty: Mobile is introducing a 3v3 Snipers Only mode that will put the player’s accuracy to the test on the move. This iconic mode can also be seen in Call of Duty: Modern Warfare and Call of Duty: Black Ops Cold War, making it a well-known and well-liked gaming mode. 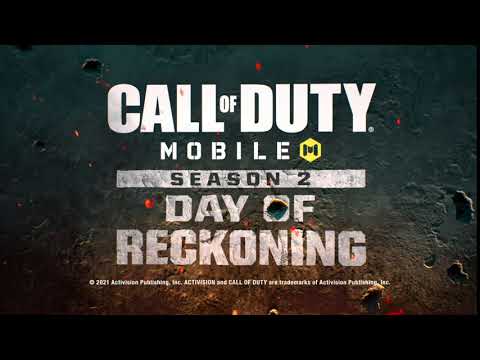 The AS VAL, the weapon being given away this season, has been teased for several weeks. Since the AS VAL is a power suppressed assault weapon, players have been anticipating its arrival in the game for quite some time. If players learn how to use the gun properly in a mobile environment, they can get a powerful shoot-out in Call of Duty: Mobile.

Since Season 2 of Call of Duty: Mobile is already in its early stages, it’s unclear what content will be published later. Throughout the season, the developers host events, offer additional updates and continue to promote the game’s community. It will be fascinating to see how the Call of Duty: Mobile Day of Reckoning impacts the storyline and its devoted audience as further updates are released.

How To Scrap Your Junk In Fallout 4