According to TradingView, Bitcoin market domination has just fallen below its 2021 low, now standing at 39.73 percent. Jason Choi of Spartan Group noticed the difference and tweeted the chart on January 4.

It contrasts sharply with Bitcoin’s market domination around the same time last year, when it peaked at 73.6 percent on January 3, 2021. It has plummeted by 46% since then to its current level. According to TradingView, BTC dominance fell to 39.48 percent on January 3, the lowest level since 2018. It hasn’t been that low since around May of last year, when it was at 39.17 percent.

BTC dominance dipped below 40% in September 2021, then rose and fell again in the second half of the year. This figure has never been lower than 35.5 percent, which occurred on January 11, 2018, following the first substantial bitcoin rise.

A reduction in BTC dominance is sometimes seen as a sign that altcoins will begin to rally, but they are also declining, albeit at a slower rate. 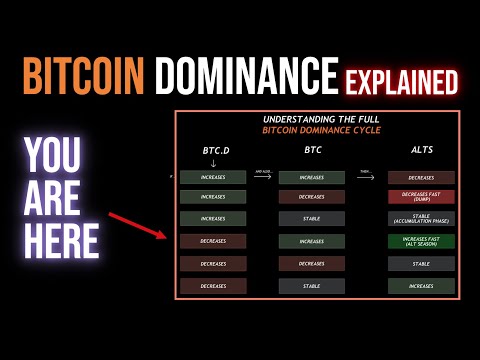 According to TradingView, Ethereum’s market share has steadily increased since January 2020, and it now stands at 20.23 percent. ITH dominance peaked at 22.35 percent in early December in the local market, although it has since decreased.

BTC and ETH make for around 60% of the total crypto market, which is lower than Bitcoin’s market share in March 2021.

BTC has lost another percentage point in the previous 24 hours, and is now trading at $46,430 at the time of writing.

Some Major Benefits Of The Bitcoin Digital Wallet!

Why Is Blockchain Considered Beneficial?

Gaming Tours in Canada: Bet as You Travel

How to build a better bedtime routine, including a bedtime tea

Things to Consider Before Choosing a Gaming Headset

The Best Mobiles for Gaming Apps