Fans of the long-running British science fiction TV series, Doctor Who, have something else to look forward to asides from a new episode. A new mobile mystery adventure game entitled Doctor Who: The Lonely Assassins is set to launch on March 19, 2021.

To ensure that fans remain excited for the upcoming game, developer Kaigan Games and publisher Maze Theory have released a brand-new teaser trailer for it starring the Weeping Angels, one of the most terrifying monsters in the series.

Doctor Who: The Lonely Assassins takes place after the episode Blink, which is from series three of the show’s reboot starring David Tennant as the tenth incarnation of The Doctor.

Spoiler alert, but at the end of the episode, The Doctor traps the predatory creatures in Wester Drumlins. However, it appears they have escaped, because the new teaser for The Lonely Assassins shows that the Weeping Angels are back—and still just as terrifying as ever. 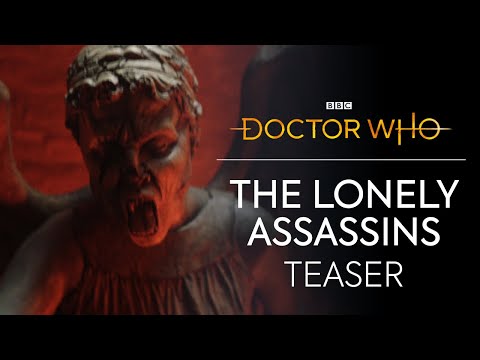 The gameplay for The Lonely Assassins will be interesting, as it will play as something like a found-phone game. In other words, players will receive mysterious messages from Petronella Osgood, a returning ex-UNIT scientist. Players will have to hold on to Osgood and her messages, as she’s trying to help the player survive from the creatures.

For the purpose of the game and its story, the Weeping Angels will be able to infiltrate even technology in Doctor Who: The Lonely Assassins. In other words, nothing and no one is safe—not even devices.

The game utilizes not only live-action footage, but unique gameplay as well to make it as immersive as it can be, sucking players into its dark and mysterious story involving the not-so-abandoned Wester Drumlins house.

Long-time Doctor Who fans, or at least those who have seen the episode Blink, will be happy to see a familiar face. Specifically, Ingrid Oliver will be reprising her role as Osgood in The Lonely Assassins.

As for its gameplay, this upcoming Doctor Who title involves investigating various chat logs, and going through in-game apps to search for more information about how to fight off and ultimately defeat the terrifying Weeping Angels.

Doctor Who: The Lonely Assassins will be released on both iOS and Android platforms, as well as on PC via Steam. The game has an official website too, which shows that pre-registrations are currently live. Interested players can go ahead and pre-register before the game’s official launch date in order to earn rewards and other bonus content.

Star Wars Knights of the Old Republic Allegedly In Development