Home Cryptocurrency ‘Era7: Game of Truth’ Will Conduct IGO on Binance Next Week

‘Era7: Game of Truth’ is an advanced TCG game that uses an economic concept similar to Hearthstone and promises to provide users with a more inventive fighting model than Gods Unchained. The BSC’s Era7 security will make its impact in the fast-paced, quickly increasing bitcoin gaming arena. This feature is intended to make the blockchain game interesting to all types of players.

Era7’s foray into the blockchain gaming field is supported by some of the industry’s top stars, who have rallied behind its vision and objective. Era7 has completed its seed round and an initial private round of financing, lead by Hashkey and MOBOX, as well as a dozen other notable VCs and organizations like as Huobi Ventures, OKEx Blockdream Ventures, Good Games Guild (GGG), AU21 Capital, AlphaCoin Fund, Waterdrip Capital, and others.

Core team members lead the development team from worldwide recognized game developers with over 15 years of important expertise, such as Com2uS, NCsoft, Nexon, and Netmarble. 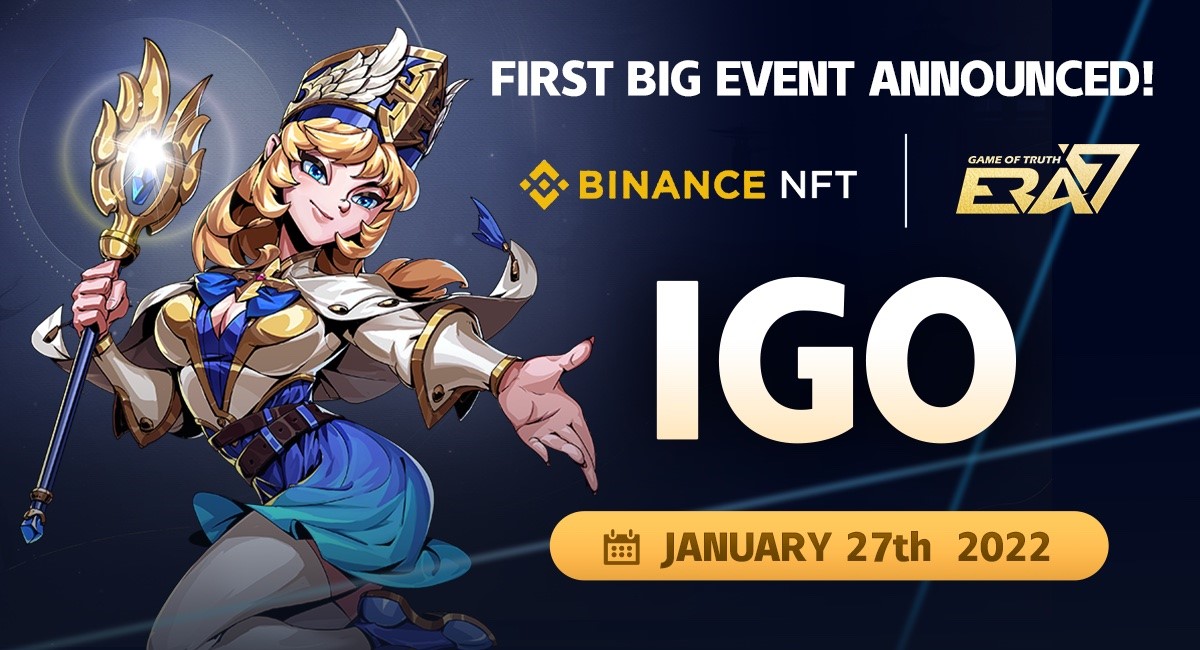 Traditional TCG players will appreciate the superb design and high quality of all Era7 cards. Card combination methods are unusual, and the game has maintained a market-oriented approach since its inception. Its current highlights are tactical games and play2earn, all while having fun.

The game has 1,000 different cards, each with its values and traits, providing players with a wide range of card combination techniques. Because of the numerous modifications in strategy, a mildly competitive 3-minute game can provide gamers with endless ingenuity and fun.

The Era7 Fantasy Box contains one Master Card from each of the game’s seven races, chosen at random. The Master Card is an extremely valuable NFT in the game that can summon Battle Cards on a daily basis.

The Battle Card is required for participation in the game. Players gain rewards by combining different Battle Card strategy combinations to play to earn, and Era7 will continue to provide benefits to holders. After the game is launched, the Master Card obtained in the Fantasy Box can summon Battle Cards an additional ten times.

Users can review the purchasing restrictions and conditions on Binance’s official website ahead of time. The pioneer of EsportFi blockchain gaming, ‘Era7: Game of Truth,’ has successfully combined the worlds of Esports and games.

The merger is one of the blockchain gaming industry’s inventions, and it gives a completely new gaming experience. Furthermore, Era7’s team is developing a scalable platform that will include live streaming, an esports community, animated series, and GameFi IP, among other things. In the future, a UE (Unreal Engine) will be employed to usher in Era7’s metaverse.

In this round of Binance IGO, Era7 and Binance collaborated to promote and popularise NFT Mystery Boxes of excellent quality and rich value to users. At the same time, it offered high-quality TCG and EsportFi products to the blockchain industry, attracting a large number of users and creating ecosystem incentives.

Keep All Gamers Happy – What your Website Can do to...