Final Fantasy 7 Remake: Everything You Need To Know About The Game And The New DLC

After years of speculation, fan demands, and a half-decade of development, the highly awaited Final Fantasy 7 Remake has been released exclusively for the PlayStation last year. Powered by Unreal Engine 4 and directed by Tetsuya Nomura, the original designer of the PS1 game, Final Fantasy 7 Remake is one of the most ambitious game revivals of all time.

Even after a year since its release, the game is still played by a lot of the franchise’s fans and now, developer Square Enix has revealed that the game will be receiving an intergrade PlayStation 5 upgrade during the recently concluded February 2021 PlayStation State of Play.

For fans and soon-to-be fans, here’s everything you need to know about Final Fantasy 7 Remake:

What’s so amazing about Final Fantasy 7?

In reference, Final Fantasy 15 which was released in 2016 and was considered a huge success only sold 8.4 million copies. Final Fantasy was also a smash hit among critics, garnering a 9.2 Metacritic rating. GameSpot also gave it a whopping 9.5 upon release, describing it as “never before have technology, playability, and narrative combined as well as in Final Fantasy 7.”

It might seem crazy if we’re looking at it now, but Final Fantasy 7 was a technological masterpiece in 1997. Cinematic cutscenes were designed in full-motion video, and the blocky 3D models moved around prerendered settings that blew everyone’s mind during that time. Combine its technical accomplishments with a remarkable cast of characters, an engaging battle system, and a memorable story, and it’s simple to understand why Final Fantasy 7 has had such a lasting legacy.

Why did fans want a remake?

Fans demanded a Final Fantasy 7 remake way before video game remasters and remakes became cool. The hunger for Final Fantasy 7 remake was inadvertently made by developer Square Enix itself. The company partnered with Sony back in 2005 to give fans a huge tease – during the year’s E3, when Sony was announcing the first PlayStation 3 details, a technical demo was featured: 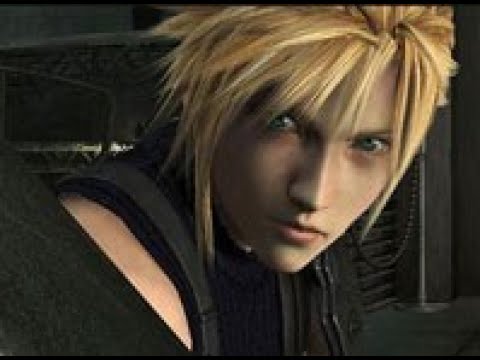 What to play before Final Fantasy 7 Remake?

However, Crisis Core: Final Fantasy 7 was amazing. It is a prequel that features Zack Fair, the mentor of Final Fantasy 7 protagonist Cloud Strife. Playing it won’t spoil any of Final Fantasy 7’s narrative, so it’s absolutely worth playing. The downside is that the game is only available on the PSP, so fans will need to have one of those lying around.

Final Fantasy 7 Remake will be significantly different from the original game. That’s instantly noticeable in the game’s combat style – Final Fantasy 7 was completely turn-based while the Remake is a real-time action game with turn-based elements.

Pressing the Square button will make Cloud use his Buster Sword, and there will be identical real-time commands for blocking and dodging. As players fight enemies, an Action Time Bar fills up. Once it is full, players can slow down the action to Tactical Mode, essentially bullet time, from which they can use items, use magic, or unleash Limit Breaks.

However, players who prefer fast-paced gameplay can avoid this by assigning shortcuts to these actions on a menu found at the bottom-left corner of the screen, which makes the action more Kingdom Hearts-like. 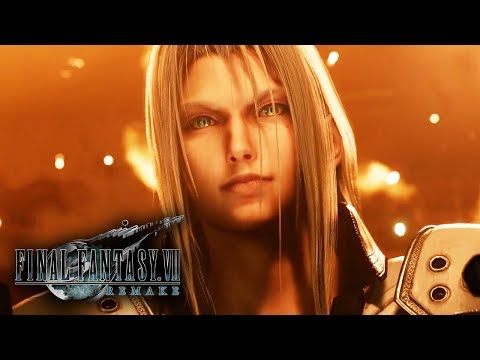 During an interview with producer Kitase, he revealed that “One of the first things we discussed the project was how far we were going to push it in the direction of action. There was a lot of debate about that. We worked out a spectrum [where] the original Final Fantasy 7 is at one end, a pure menu-based system, and Kingdom Hearts is at the other end of the spectrum. We felt we had to fit somewhere in that gap between those two games.”

Players will also be able to control more than just Cloud as well. With a single press of a button, players can switch to other playable characters in the party. This is where strategy will come in the game, as Square Enix mentioned that particular characters would be better to control to fight specific enemies, such as Barrett taking on long-distance foes.

Another change made to the game is its summons. The summons themselves are similar, but because a section of the game that takes place in Midgar is being extended into an entire game, summons has been added earlier in the story.

In another massive structural change from the original, Final Fantasy 7 will be subdivided into at least two installments. Back in 2015, Kitase announced that the game would be segmented into “multiple” installments, each of which will be the size of Final Fantasy 13.

It seems those parts can be even larger than that as Part One which released last April 10, 2020, spanned two Blu-ray discs and was 100GB. There is still no news when Part Two will release, and Square Enix says they are still thinking about how many installments the story will be told over. There are some rumors, based on comments from Square Enix CEO Yosuke Matsuda, which future parts will be releasing on both the PlayStation 4 and PlayStation 5.

It seems like the development team is remaking the hell out of this game, as Kitase and Director Tetsuya Nomura, in the several interviews they have done, refer to its massive scale. The duo also revealed that they are not interested in a straightforward remake.

The changes they are doing are not just for combat, or to the immensity of the world, but the game’s story as well. In an interview, Kitase said: “I don’t want the remake to end as something solely nostalgic. I want to get the fans of the original version excited. We’ll be making adjustments to the story with this thought in mind.”

When will the second part release?

The answer to this question is simple: no one knows and possibly that will be the answer until at least a few months from now. Massive RPGs take a long time to develop in general, and Square Enix is popular in particular for taking its time to refine and polish games.

However, if it’s any comfort, director Tetsuya Nomura has said the team is already working on the next sequel. Since the studio will be reusing the engine and various design assets from Part One, in theory, it shouldn’t take as long to develop.

In theory, Part Two being launched for the PlayStation 5 would make things difficult though, as it would mean the team developing for a whole new architecture and reworking the engine Final Fantasy 7 Remake runs on.

The still-untitled sequel to Final Fantasy 7 Remake is still in development, but fans have yet to learn any solid detail about its content. Final Fantasy 7 co-director Naoki Hamaguchi and producer Yoshinori Kitase made an appearance during the CEDEC + KYUSHU 2020 Online event, and they talked about the upcoming sequel at a shocking length while keeping specific information still under wraps.

Their discussion has been translated to English by aitakimochi via Twitter. According to Kitase the sequel to Final Fantasy 7 Remake will go beyond player expectations. The developers said they want to make a sequel that lives up to the original game’s fans’ expectations, yet still managing to suppress those expectations and surprise players.

Final Fantasy 7 Remake massively expanded on the Midgar section of the original game, including introducing characters from the novels for cameo roles. The full scope of the changes made in the game didn’t become clear until the controversial ending, leading to rumors that the sequel will now go in an even more considerably different direction.

In the original, Cloud’s team travels to the town of Kalm after leaving Midgar but now that the characters are free from that timeline, they can go off and do whatever Square Enix wants.

The game will integrate a Photo Mode that can be used to take photos, as well as applying filters. The game will utilize the DualSense controller’s haptic feedback and the adaptive triggers during the motorcycle segments.

The loading times have been significantly reduced, to the point where they only take a few seconds. There is also a new “Normal (Classic)” difficulty mode, which will let players focus on choosing commands, rather than moving the character. A trailer for the game is now available on the official YouTube channel of PlayStation. 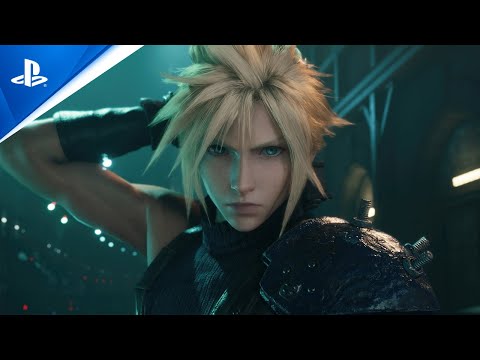 Perhaps the biggest addition to Final Fantasy 7 Remake: Intergrade is a new chapter featuring Yuffie, which will be added as a paid DLC expansion. In the original Final Fantasy 7 game, Yuffie couldn’t be playable until after the Kalm flashback.

In the remake, she arrives in Midgar as part of some kind of secret mission involving Wutai and runs amiss of Deepground – the villains of Final Fantasy 7: Dirge of Cerberus. The Yuffie content will be exclusive to the PlayStation 5 edition of the game. Players who already purchased Final Fantasy 7 Remake on the PlayStation 4 can upgrade to Intergrade at no additional cost, but those with a physical copy will need a disc-based PlayStation console.