The labor of an Avenger never ends, and with today’s new Marvel’s Avengers: Cosmic Cube event, Earth’s Mightiest Heroes will face a battle against a slew of new foes. Despite a lackluster response compared to previous superhero success stories like Rocksteady’s Batman: Arkham trilogy or Insomniac’s Spider-Man offerings, Square Enix is pressing ahead with further DLC content for last year’s team-based superhero RPG.

So far, Marvel’s Avengers has introduced two new characters to the team, each with their own story mission: Kate Bishop joined the team in December’s Taking A.I.M. expansion, while Hawkeye saw a vision of a very dark future in March’s Future Imperfect.

Black Panther will be the next to join the war when the War for Wakanda mission launches in August. However, the Avengers will first have to deal with a power that threatens the entire fabric of reality.

The Avengers eventually meet Monica Rappaccini, nicknamed A.I.M.’s Scientist Supreme, in the current Marvel’s Avengers: Cosmic Cube event teaser. Unfortunately, she has obtained access to the Cosmic Cube, an omnipotent artifact that she plans to use to construct the ultimate weapon to defeat the Avengers and rewrite reality in her favor – provided she can manage its power.

In a brand-new DLC adventure starting June 22, Earth’s Mightiest Heroes will have to band together to take her down, going up against her apparently limitless clone army. Here’s the trailer for Marvel’s Avengers: Cosmic Cube on YouTube: 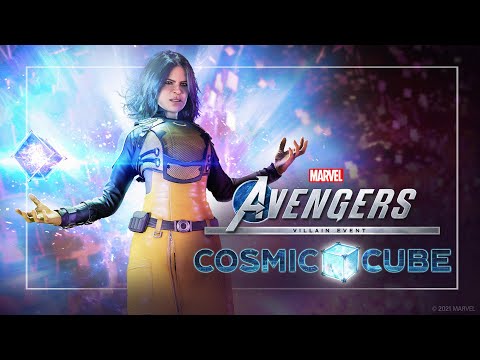 Rappaccini had a supporting role in Marvel’s Avengers’ primary narrative and was set up to be the game’s next big opponent in the game’s climax. Thus the conflict between the Avengers and the Scientist Supreme has been building for a while.

Meanwhile, due to its over-reliance on microtransactions and mediocre gameplay, gamers have been hesitant to embrace Marvel’s Avengers, with Square Enix even losing money when the game was originally released last September.